Advertisement
The Newspaper for the Future of Miami
Connect with us:
Front Page » Arts & Culture » South Miami-Dade Cultural Arts Center reopens, but outdoors 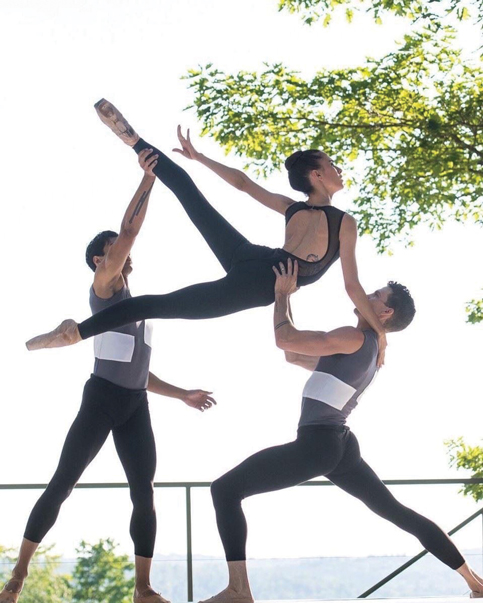 After being closed 11 months, the South Miami-Dade Cultural Arts Center has taken a first step to re-open with a socially distanced, outdoor performance from Dimensions Dance Theatre of Miami.

Taking place Feb. 20 at the center’s backyard concert lawn and plaza, the dance company presents a program reflective of both the emotional trials and tribulations of 2020 and an enduring optimism for a better 2021. The outside concert lawn that can seat up to 1,200 will be limited to about 200 guests socially distancing in pods of two.

“We are doing everything we can to be as precautionary and safe as possible and not be looked at as being risk-takers. We are meeting and exceeding the new normal guidelines,” said Eric Fliss, the cultural arts center’s managing director.

Dimensions Dance Theatre will premiere “Castles in the Air” by Yanis Eric Pikieris, originally created for film during pandemic lockdowns; Gerald Arpino’s “RUTH, Ricordi per Due,” the choreographer’s statement on remembrance, love and loss; and the high-spirited “Adiemus” by Yanis Pikieris and David Palmer. The program also includes Ariel Rose’s “Esferas,” originally commissioned by the dance company for development for its first lab theater salon performance at the arts center in 2017.

“We know that audiences are itching to come back to the theater, and we want to give them that opportunity to experience that feeling of being normal again,” Mr. Fliss said.

South Miami-Dade Cultural Arts Center at 10950 SW 211th St. had to make a show that would normally be inside and move it out to the lawn. Starting at 4 p.m., performers and production crew will take advantage of the sunlight to bring life into the stage and provide that theatrical experience, he added.

The center will present one performance per month through May, including DREAMERS featuring Magos Herrera and Brooklyn Rider on March 20.

“We are learning little by little with this first performance and applying what works into the next one,” Mr. Fliss said. “Performances will remain this way until we are in a time where it’s conclusive not to be outside and in the heat. Plans are to be back indoors by the summer.”