Advertisement
The Newspaper for the Future of Miami
Connect with us:
Front Page » Profile » Loreen Chant: Incoming CEO of the Health Foundation of South Florida 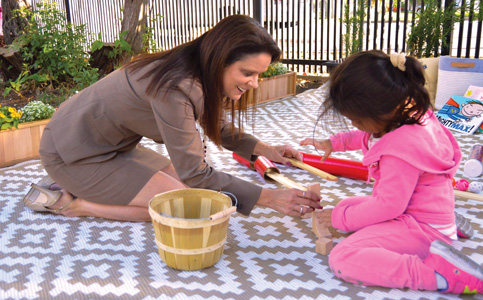 After 22 years in higher education, Loreen Chant jumped headfirst into the health and social services realm after a mentor helped her realize the profound change she could make.

As the Health Foundation of South Florida’s newest (and first woman) CEO, she is focused on the concept that health is not just healthcare; it’s so much more. Throughout her years serving in higher education, on boards such as United Way and in her most recent position as CEO of Easterseals, Ms. Chant developed a great number of relationships and a passion for working with people that she brings to the table in her new role.

Ms. Chant began her professional career in an entry-level role at Johnson and Wales’ North Miami campus, which at the time had not yet opened. Starting off as a member of the campus opening team, she gradually took on more responsibility and worked her way up to the role of vice president, eventually being named president of the school in 2008.

In 2014, after a fellow United Way board member recommended her, Ms. Chant was approached by Easterseals South Florida and accepted the position of CEO for the organization, which focuses on providing services for individuals with disabilities and their families.

“I can’t tell you how much I’ve enjoyed that work,” she said. As CEO, Ms. Chant oversaw the opening of two new facilities, a center in Kendall for Alzheimers and dementia patients and families and an early intervention program for families in Miami Gardens.

The pandemic, she said, has created challenges to the access to care for disabled individuals and highlighted underlying disparities in healthcare in the broader community. At the Health Foundation, with which she has been involved for years as a board member, Ms. Chant said she hopes to address these inequities by focusing on social and economic issues that are tied to health.

The work, she said, is never finished, and long-term goals include focusing on wealth building and healthcare access in the community in partnership with local governments and other institutions like schools and hospitals.

No stranger to community involvement, Ms. Chant also serves on the board of directors for the Early Learning Coalition of Miami-Dade and United Way in addition to her new position as the Health Foundation’s CEO and president. Ms. Chant was interviewed by Kylea Henseler.