Advertisement
The Newspaper for the Future of Miami
Connect with us:
Front Page » Communities » Miami tourists to wing in on added flights

Miami tourists to wing in on added flights 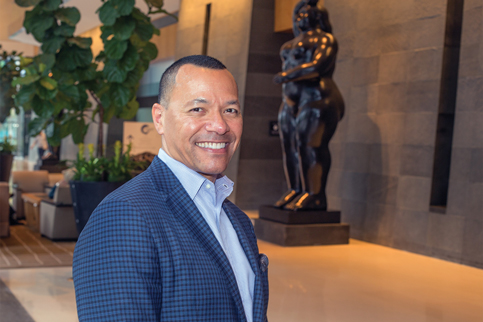 Warm weather, pent-up demand and increased flights to Miami are three factors poised to boost the county’s tourism business this year, local experts say, while business travel may be slower to return.

The American Hotel and Lodging Association’s State of the Hotel Industry 2021 report predicts a jump in leisure travel tied to vaccinations, with 56% of Americans saying they are likely to travel for leisure in 2021 and 34% saying they are already comfortable staying in a hotel. Some 48% of adults, the report continues, say their comfort level is tied to vaccination in some way.

With its pristine weather and abundance of outdoor dining and activity options, said Wendy Kallergis, president and CEO of the Greater Miami and the Beaches Hotel Association, Miami-Dade may be doing better than any other city in the country. Hotels near the water in areas like Miami Beach and Coconut Grove, she said, are outperforming their urban neighbors.

The year kicked off, he said, with two high-profile college football games, the Orange Bowl and College Football National Championship, that “went off without a hiccup” and served as an infomercial for the community. A third, the College Football Semi-final, will kick off this December.

With tourists feeling safer outside, Mr. Talbert said, the bureau’s Miamiland campaign, which promotes the county’s beaches, national parks and other outdoor activities, has been very successful and will continue in 2021.

New airline routes, he continued,  will also boost the city’s economy, with Southwest, Frontier, American and JetBlue Airlines promising new or additional service to Miami International. Frontier, he said, provides service from 27 cites, and JetBlue announced in December that it would operate 14 trips daily to Miami.

“We are lucky we live in South Beach,” said Jonathan Plutzik, owner of The Betsy Hotel. While hotel owners still face significant challenges, he said, Miami Beach brands are bolstered by flights from population centers and a climate that stands in stark contrast to the chilly winters of northern states.

The international travel market, he said, is relatively nonexistent, but the flip side is that US residents aren’t leaving the country either – and may turn to Miami for their tropical getaways.

According to the bureau’s weekly hotel metrics, occupancy for all Miami-Dade hotels was down 39% year over year for the week ending Jan. 16, while revenue per available room was down 53%. Average occupancy in December, the bureau reported, hovered just below 50%, compared to nearly 80% in 2019.

“Recovery for most hotels will take as long as 3rd and 4th quarter of 2021 and 2022,” Ms. Kallergis told Miami Today after this article was published in print. “Experts predict that our numbers ( occupancy, rate, revpar) will get to where we were just prior to Covid in 2023.”

Business travel, the American Hotel and Lodging Association predicted, will lag behind leisure in its recovery nationwide, with a complete return to pre-covid numbers not expected to occur until at least 2023.

The Miami Beach Convention Center, Mr. Talbert noted, has already secured its first big event for the year in the annual meeting of The Aesthetic Society (American Society for Aesthetic Plastic Surgery,) which will bring an estimated economic impact of $2.4 million to the community. Bureau officials, he said, are consistently working with event planners and hoping to announce new bookings soon.

“Large meeting and conference hotels,” said Ms. Kallergis, “are a concern for us because until corporations can ease up on travel and get meetings and conferences it’s going to be challenging.”

Mr. Talbert said he is also anticipating the return of the cruise industry, which brings passengers to Miami-Dade and puts heads in hotel beds. Industry leaders, he said, are consistently working with the Center for Disease Control and Prevention to determine how and when cruise liners can start sailing safely.

Demand for small weddings and events, said Kevin Bryant, vice president of sales at the Fontainebleau, is also returning, and hotels have plenty of space to accommodate these events in the absence of large groups.

“Demand into our outlets and signature restaurants,” he continued, “is strong from both in-house guests as well as guests staying at other hotels and locals.  Current capacity restraints in restaurants require us to turn prospective diners away on peak nights.”

Dan Normandin, general manager of the Four Seasons Hotel Miami, said many customers are looking for suites and extra space, making resorts and hotels that can offer these spaces more in-demand. Last-minute travel from the “drive market,” he said, is also becoming popular on days with nice weather.

Further, said Brad Sundock, strategic director of sales and revenue for East Miami, more guests than before are considering moving to Miami permanently and booking extended stays in hotel suites.

“One trend,” he said, “is that the city is seeing good demand for guests looking to relocate for 30 to 60 days, so apartments or suites with kitchens are in demand, more than what was seen in 2020.”