Advertisement
The Newspaper for the Future of Miami
Connect with us:
Front Page » Opinion » City council’s dilemma: should they get full-pay pensions?

City council’s dilemma: should they get full-pay pensions?

A plan we reported last week to give Doral elected officials pensions for life raised some readers’ eyebrows. The tax-funded pensions would equal the annual pay of anyone elected 12 years or more.

Payouts could exceed $2 million for a mayor and more than a half million for each council member. To some, that seems a very generous going-away gift starting at age 60 for part-time roles with no firm duties other than to vote at the 30 meetings last year.

When Mayor Juan Carlos Bermudez asked City Manager Albert Childress at the Jan. 13 meeting whether the plan matches what other cities do, Mr. Childress said he looked elsewhere – so Miami Today did the same thing.

It seems the county’s Commission on Ethics and Public Trust three years ago studied how all Miami-Dade municipalities compensate elected officials. Of the 34, nine put nothing into retirement for any elected official, and four paid each elected official $1 a year or less.

By comparison, Doral was already quite generous, putting an amount equal to 18% of each elected official’s salary into a pension fund. Doral’s salaries, set by city charter, rise with the Consumer Price Index. In 2017, the mayor got $68,365 a year and council members $16,399 each.

Each was also given $30,000 a year for expenses, but they don’t have to account for spending. They just get $30,000, a practice the ethics commission brands “objectionable” since “they do not provide the transparency and accountability that should exist in government because they do not require elected officials to account for how money is spent, or even if it is spent with a public purpose.”

In addition, the mayor and four council members each have a $15,000 budget for travel, They also share a budget of $7,800 for communications, $25,000 for office supplies and $30,000 for dues and memberships, the ethics report shows.

Some council members seem to feel a pension is their due. Vice Mayor Pete Cabrera said that every time he faced an election campaign “it took me a long time to recover” from a “70% to 80% drop of income” as he sought to win. “The price and toll [serving in office] has taken on every dimension of our lives, financial, family time, pressure, lawsuits, political and emotional has been amazing, and I’ve done it with great honor and pride,” he said.

Most likely every councilman or mayor anywhere pays a price such as Mr. Cabrera outlined.

So, why seek local office in the first place, and what is the public’s duty to compensate officials for defeating someone else who also wanted that post? Didn’t both fight to be allowed to make policy – including, occasionally, the right to make policy to compensate themselves more generously?

Municipal office is voluntary. Those who have time and the desire can run for the right to vote in ways that they think could make their community better, enriching all residents and themselves equally with an improved quality of life. They also control tax rates and use of city funds to serve taxpayers with what the officeholders believe is in the best interest of all.

That’s an honorable and, from my experience, very common explanation by city elected officials themselves of why they seek office and what they aim to get out of it. None of it revolves around paychecks, pensions or expense accounts. 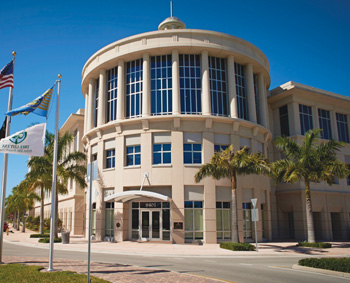 A more skeptical view of elected officials is that they’re looking out mainly for their own interests in their votes and that they just plain like to exercise the power of their office. From experience, that is also common among many local elected officials – and it’s not necessarily bad to shape a community so that those on the city council and in mayor’s chair find it a better place to live.

Cynics cite a darker third reason people seek office: to fill their own pockets unethically or illegally. That has always been true of a very few local elected officials.

Still, my experience is that the vast number of local officeholders do their best for the community, although some are more skilled at it than others. We are talking about intent, not ability – voters rate officials’ perceived ability at the ballot box.

So where on that range between total community service and cynical pocket-lining do we put public pay for elected officeholders?

Should all serve free, as they do in four of our 34 municipalities, or free of pensions, as in nine communities? Or should they essentially be paid as part-time city employees chosen not on merit but at the ballot box, with compensation for relatively few hours of municipal service?

No one answer fits all, as the ethics report shows. In some cities election to a part-time role brings a good salary and lots of perks, all at public expense. In other, often wealthier, cities public service is uncompensated, simply because it’s service and not a job.

In pondering the question, think of others who take on public roles, devote substantial time and get nothing for it, or even lay money out of their pockets for the privilege of donating time and effort.

We don’t pay parents who serve on PTAs. Those on charitable boards give time, effort and usually a hefty donation out of their wallets. Others donate time at hospitals and schools, particularly during a pandemic. And so on.

Why should taxes pay those who fight to win elected office but not worthy people who volunteer elsewhere? No answer to that conundrum applies in all cases.

Perhaps that’s why, according to the US Census Bureau, Florida in 2017 had 476 locally administered retirement systems for municipal employees, some of which include elected officials. To this point, at least, one size in city compensation clearly does not fit all – the City of Miami recently debated restoring pensions for its own elected officials.

We’d feel a lot better about Doral’s retirement bonanza – half pay for life after eight years elected, full pay after 12 years – if every Doral official wasn’t already being handed $30,000 a year they don’t account for. It’s the worst sort of slush fund, as the ethics commission makes clear, far beyond what Doral’s charter provides.

Doral’s pension decision is likely to be based on what council members see as their roles. Is their aim public service pure and simple, or do they have something different in mind? Their votes will tell us.