Advertisement
The Newspaper for the Future of Miami
Connect with us:
Front Page » Arts & Culture » Historic Olympia/Gusman building may get leasing firm 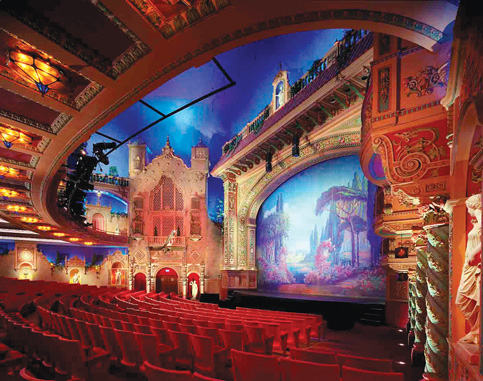 The agreement, which would be on a month-to-month basis and terminable by the city within 90 days’ notice, includes leasing residences and retail as well as managing and maintaining the Olympia theater, also called the Gusman. NAI would not be involved in the theater’s operations.

The 88,180-square-foot city-owned property at 174 E Flagler St. has 79 apartments, four retail stores and the theater with 10 former apartments serving as dressing rooms.

In a letter last month expressing intent to the city’s leasing manager Mark Burns, NAI CEO Jeremy Larkin outlined the company’s proposed fees with a start-up of $3,000 and 5% of gross collections monthly with a minimum of $5,000 per month. He lists leasing fees for apartments at $500 per unit for each new lease or renewal, and for retail stores 6% of the gross rent generated during the primary lease term with a minimum of $3,000 per lease.

NAI’s staff for the job would include an off-site part-time senior property manager whose salary would be included in the monthly property management fee; an on-site full-time maintenance engineer whose salary would be inclusive of all direct costs, benefits and direct overhead and given with a rent-free apartment; and an on-site part-time administrative leasing agent who would earn up to $20 a hour.

The Olympia Theater, the first air-conditioned building in the South, has long been a part of Miami’s arts community since it opened in 1926 as a venue for silent films. Throughout its history, the theater has also been used for concerts and various performing arts.

In 1975, Maurice Gusman donated the theater and adjacent Olympia Office Building to the city.

After a public hearing today, commissioners are to vote to waive requirements for competitive sealed bidding, as the process is not deemed practicable or advantageous to the city, and authorize City Manager Arthur Noriega to execute the temporary management agreement.