Advertisement
The Newspaper for the Future of Miami
Connect with us:
Front Page » Communities » Coral Gables seeks clean water pearl in native oysters 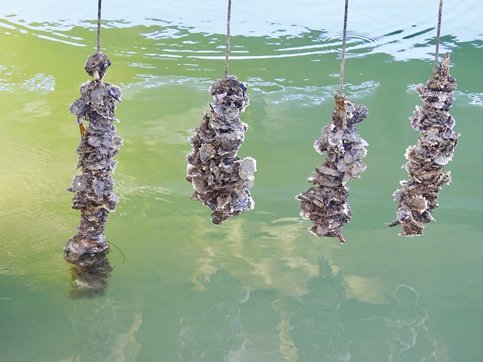 Sponsored by Vice Mayor Vince Lago, the project asks the community to engage by creating habitation for native oysters, which is intended to help restore the city waterways and ecosystem.

“This is just another opportunity to deliver clear water in the next few years,” Mr. Lago said.

With less than 1% of native oysters living along South Florida’s coastlines and waterways, the lack of habitat is stopping these oysters from thriving and really starting to help clean the waterways, said Alberto Aran, who is leading the project.

With 21 different basins flowing into Biscayne Bay, native oysters will dissolve more nitrogen waste levels in the waterways and drop nutrient loads into seagrass regrowth, which has decreased over 85% since 2011, Mr. Aran said.

“What I’m looking to do first is to add live oysters that can help act as the mother colony and then add lines of oysters below the docks, in areas that won’t affect boating, to add extra habitat,” he said.

The project, which would use native oysters as a tool against algal blooms, would ask residents to place vertical oyster gardens under privately owned docks and shaded areas with at least 100 oysters, which would filter about 5,000 gallons of water, Mr. Aran explained. “We would create a community effort and collect oysters from the restaurant industry.”

“If I had a dream list, I would love a place where we could designate a drop-off site of oysters like an event and have a place or piece of land to secure those oysters,” Mr. Aran said.

The project won’t cost the city anything, said Mr. Lago, who added that he’s going to get involved personally and contribute financially. “This allows residents to do something good for the community. It is not going to be mandated, but just a chance to get involved and engage.”