Advertisement
The Newspaper for the Future of Miami
Connect with us:
Front Page » Real Estate » Miami-Dade reaches 100 million square feet of offices 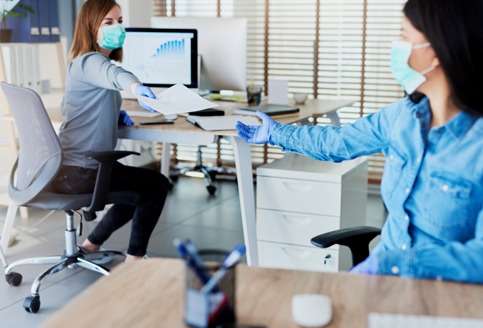 One-ninth of Miami-Dade County’s total office space stood vacant as 2020 ended and the county for the first time crossed the line of 100 million total square feet of offices, a preliminary market report this week by Colliers International reveals.

Vacancies have been rising since Covid-19 hit the county in March, Colliers data show. Total office vacancies rose from 9.6% at the end of March to 10% at the end of June, 11% at the end of September and 11.3% at year’s end.

As some businesses close as a result of the pandemic-induced downturn and other businesses downsize office space as more employees work from home, more space is likely to go dark in coming months.

As the year ended, a total of 3,615,636 square feet of offices were under construction in the county. That represents upon completion an increase of more than 3.6% in total county office space.

Despite the pressures deterring filling offices in the pandemic, however, landlords continued a long unbroken string of quarterly hikes in asking office space rents. The current level for all office space is $42.16, up from $33.02 five years ago.

In Class A space alone, despite the pressures induced by the pandemic the asking price per foot was $48.33 at year’s end, an increase of 1.85% from the quarter before and 4.8% from a year earlier.

Hardest hit by the vacancies by far is Downtown Miami, where more than 6.9 million square feet of offices at the end of the year were 22.7% vacant. Asking rents were $45.12 per square foot overall and $47.08 in Class A space.

In neighboring Brickell, 13.2% of 7.6 million square feet of offices were vacant, yet asking rents were $57.70 overall and $63.79 for Class A space – both asking rental rates highest by far in the county, according to Colliers’ report.

The lowest asking rents in the county were in the 3.4-million-square-foot Miami Lakes market, which has 13% vacancy. Landlords there were seeking $26.19 overall and $28.11 in class A space.

The next lowest rents in the county were in Medley/Hialeah market, which has by far the lowest vacancy in the county at 1.6%. Asking rents there were $29.57 overall.