Advertisement
The Newspaper for the Future of Miami
Connect with us:
Front Page » Business & Finance » Most of Miami Beach’s restaurant aid funds unclaimed 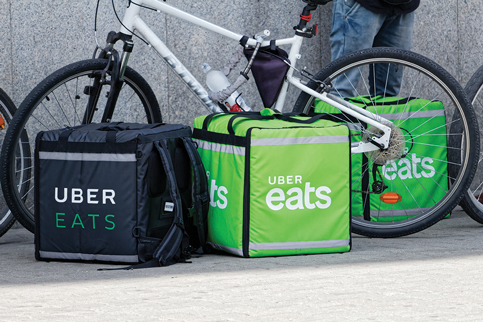 Roughly $50,000 in aid available to Miami Beach restaurants that used delivery apps like GrubHub and UberEats during the pandemic is still unclaimed, officials say.

In early November, the city rolled out a $60,000 grant program aimed at reimbursing local restaurants for fees incurred from third-party meal delivery apps between March 12 and Oct. 31. It was estimated 600 businesses would qualify, Miami Today reported, and by capping grants at $1,000 each staff hoped to help 10% of qualifying establishments.

According to city spokesperson Melissa Berthier, $7,000 has already gone to seven restaurants, and this will likely increase to $10,000 to ten restaurants within the next few days.

To be eligible, restaurants must be in the city and not have outstanding code violations. Nightclubs, bars without restaurants, mobile food trucks, hotel or home-based restaurants, pop-ups and restaurants that are part of a chain or franchise do not qualify, according to program guidelines.

Thirty-four restaurants have applied, Ms. Berthier said, with some being disqualified and others still being evaluated. Applications remain open, she continued, and restaurants can also qualify for additional grants up to $20,000 through the city’s upcoming Emergency Small Business Reimbursement Program. Applications for these grants, which can cover rent, utilities and other business expenses, are available on the city’s website and can be submitted beginning Jan. 6.

In a pre-covid era, Miami Today reported, delivery apps like UberEats transformed the food delivery landscape from one dominated by pizza to a world where customers could call up all types of cuisine for delivery. But during covid shutdowns, restaurants increasingly relied on these services as indoor dining rooms were shuttered, and customers became more accustomed than ever to ordering in, spelling big problems for restaurants as delivery app commissions cut deep into profits.

“In the best of times, these delivery app commissions can be predatory. During Covid-19, they can even be catastrophic,” County Commissioner Jean Monestime said Dec. 7, noting fees of up to 30%. “They’re causing restaurants to not be able to reach their bottom line, [and] we will see many restaurant employees – waiters, cooks, chefs – not able to pay their bills. That will be definitely detrimental to this county if we continue to see more people laid off and not being able to make ends meet.”

Earlier this month, Miami Today reported that county lawmakers were considering “doing something” about these charges incurred by local restaurants. Achievable solutions, Mr. Monestime said, may resemble a version of what local municipalities including Miami Beach and North Miami, which grants restaurants in the community redevelopment district up to $5,000 per month, have already done.

In 2020, state and local governments including Seattle, San Francisco, Portland, Los Angeles, New Jersey, New York City, Cincinnati, Philadelphia and Washington, DC, passed emergency orders capping fees at 10%-20%, but for the county to do something similar it would need help from Tallahassee, which might be hard to come by.

“The State of Florida, if we try to do anything, “ Mr. Monestime said, “will definitely preempt us from capping any fees as they’ve done in regard to many legislations that affect our community.”