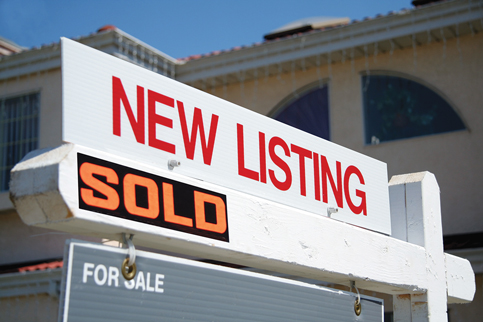 “The pandemic has prioritized the importance and value of our homes,” Miami Realtors Chairman of the Board Jorge L. Guerra Jr. said. “More than ever home has become the focal point of our lives, and consumers want more space and convenience. Remote work, home schooling, record-low mortgage rates, low inventory and purchases from tax-burdened Northeastern home buyers are some of the factors boosting Miami real estate.”

Low mortgage rates, Mike Pappas, CEO and president of Keyes Co. told Miami Today in September, “are the fuel to our engine and the wind to our sails.” And they’ve only gone down, with Freddie Mac reporting the average rate for a 30-year fixed-rate mortgage at 2.67% – down from the 2.9% range reported in early September. Rates have consistently stayed below or just above 3% since June, and Miami realtors say they won’t be going up by much for a while.

“By keeping the rates low,” she said, “it will continue to fuel the housing market, whether it be single-family homes or condominiums. We will see more first-time homebuyers enter the market who find buying instead of renting is the wisest choice.”

“Buyers,” she continued, “can afford more than last year due to the lower rates and jumped at the chance to own and not rent. Some monthly payments are lower than the rent they were paying.”

They can also can get “more home” for the same price with the low rates, she said, and can consider locations they might not previously have been able to afford.

“The ability to borrow capital right now is at an all-time low, and therefore increases buying power,” said Nathan Zeder, a broker-associate with the Coldwell Banker-affiliated Jills Zeder Group.

While Mr. Zeder said mortgage rates aren’t likely to rise within the next few years, even a slight increase to 3% or 4% would still result in historically low, competitive rates. Since at least 2003, he said, interest rates have generally trended down and this is unlikely to change.

After the initial pandemic shutdown caused sellers to avoid showing homes and sales to drop, Ms. Seidel said, the Miami market began to recover, bolstered by increased confidence in safety protocols, a flight of northeastern city-dwellers and the new low mortgage rates.

This trend mirrors a rush of commercial companies moving to low-tax states such as Florida and Texas, which municipalities and local entities like Miami’s Downtown Development Authority have worked to take advantage of and encourage.

This increased ability to work from home, Mr. Zeder said, is also influencing real estate trends within South Florida and has inspired a flight to suburbs such as Coral Gables, Pinecrest and Coconut Grove from Miami’s urban core. With fewer employees commuting, he said, the issue of traffic becomes less important. Lifestyle elements such as a home office or pool, he said, are also in demand.

Homes that don’t need any work, Mr. Zeder added, are also hot because many buyers are cautious of having home-improvement teams and excess people in their space during the pandemic.