Advertisement
The Newspaper for the Future of Miami
Connect with us:
Front Page » Profile » Michael Fichtel: Expanding Kelley Kronenberg locally and beyond Florida 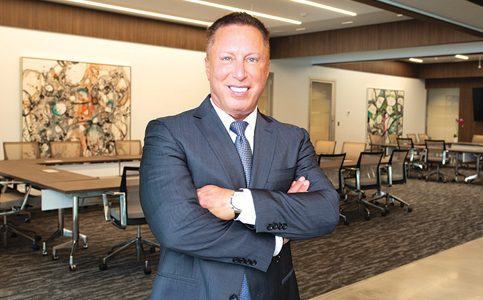 Michael Fichtel has worked for only one employer since earning his Juris Doctorate from Nova Southeastern University’s Shepard Broad Law Center in 1986, but under his leadership the small firm he joined over 30 years ago has nearly quadrupled in size. Mr. Fichtel finished law school in two and a half years by taking classes during weekends and holidays, and he made partner at Kelley Kronenberg just four years after joining the firm in 1987.

Though he studied and practiced law, Mr. Fichtel’s passion always rested with the business side of the operation. The firm’s original owners mentored him and allowed him to explore this passion, and he was eventually named CEO in 2010, shortly after the firm came under new ownership.

Kelley Kronenberg had only about six employees and was opening its second office when Mr. Fichtel joined, and between 40 and 45 attorneys when he took over as CEO ten years ago. Now, the firm has over 200 attorneys in multiple states and is breaking ground on new office space, all while pushing the envelope technologically.

Still, Mr. Fichtel prefers to do things the “old-fashioned way.” He prefers to work from the office, and likes grabbing lunch with co-workers and having spontaneous conversations in the hallway.

Outside of work, he dedicates weekends to spending time with his family and contributing to charities including the Humane Society and Diabetes Research Institute.

While he is looking toward the future with Kelley Kronenberg, he does not believe in growth for growth’s sake, he said. Instead, Mr. Fichtel is keeping a close eye on office space trends and technological advancement, and considering expanding into states and practice areas that make sense for the firm.