Advertisement
The Newspaper for the Future of Miami
Connect with us:
Front Page » Transportation » Passengers winging back at Miami International Airport 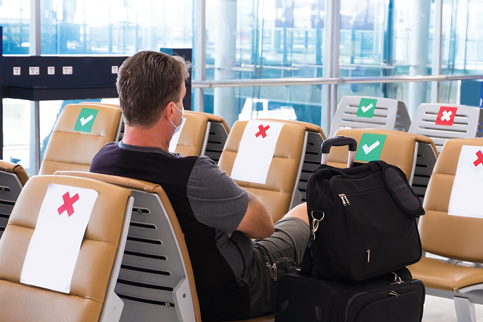 It turns out Miami-Dade Aviation Director Lester Sola may have overestimated how quickly Miami International Airport (MIA) would bounce back from pandemic-driven passenger drop-offs.

In late September, he told Miami Today he expected the air hub “by the time the year is over” to reclaim about 50% of the passenger volumes it had in 2019.

But according to Aviation spokesman Greg Chin, MIA is on track to fall short of that figure.

As of Sunday, he said, year-to-date passenger traffic at the airport is 41% of what it was last year, although daily passenger numbers continuing to trend upward.

During the Thanksgiving period between Nov. 20 and Nov. 29, daily passenger traffic fell 51% below last year’s numbers, Mr. Chin said in an email that included unaudited figures from November.

“Also, the daily passenger average was 60,000, which was ahead of the 52,000 average we had projected before the travel period began,” he said.

Last week marked MIA’s busiest seven-day period since the pandemic struck in March. Bolstered by return flights from the holiday, Sunday was the airport’s busiest single day during the pandemic, with more than 75,000 passengers.

MIA in normal times averages 105,000 to 115,000 daily passenger movements. The number plummeted to 3,500 per day in mid-March. In July, as air travel began to reopen – it was the first month since March that US airlines carried more than 1 million passengers, according to the US Bureau of Transportation Statistics – MIA handled 152,055 domestic and international passengers.

The airport last month hit that number about 10 times over. Between Nov. 1 and Nov. 29, MIA handled 1.5 million passengers.

“[But] the degree to which passenger traffic at MIA continues to grow will depend on if and when various US and foreign governmental travel restrictions are lifted,” he said. “With what we can control, we’re making the efforts with all of the safety measures we installed at the airport.”

Once passengers board a plane, it’s a mixed bag. According to an August breakdown of onboard safety measures, major carriers like American Airlines, Delta Air Lines, Southwest Airlines, United Airlines and JetBlue require passengers to mask up.

But only Delta and Southwest have kept middle seats vacant except for when families ask to sit together. They’ll continue to do so through Jan. 6, according to the AARP. Southwest had continued the policy through Nov. 30. JetBlue allowed planes to fill up to 70% capacity through Dec. 1, then to 85% through Jan. 7, after which it will sell to capacity.