Advertisement
The Newspaper for the Future of Miami
Connect with us:
Front Page » Profile » Alan Dodd: Battles sea level rise and seeks stormwater gains for Miami 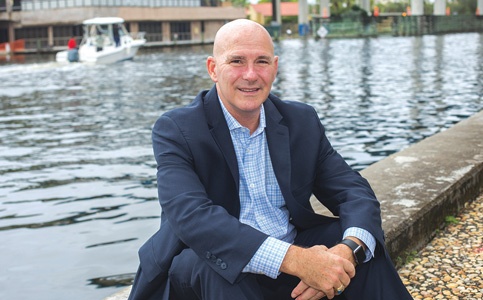 Shoring up Miami’s vulnerabilities to climate change is just one of Alan Dodd’s responsibilities as director and chief resiliency officer for the city’s Department of Resilience and Public Works. Other divisions include operations, building, engineering and transportation.

But with sea levels set to rise 21 to 40 inches in the next half-century, among other expected climate effects, it’s a major area of focus, investment and work for him and his team.

“A lot of people don’t understand all the implications of climate change and sea level rise,” he said. “Part of the job is to educate, explain and show them why we’re making smart decisions now and building infrastructure that will be here for the next 50 years.”

Mr. Dodd joined the Army in 1983. After earning a degree in civil engineering from West Point and becoming a commissioned officer, his path of public service through the military began.

It sent him across the globe to Japan and the Middle East, including Iraq and Afghanistan. His last tour was with the Jacksonville District of the US Army Corps of Engineers, where he got involved with Everglades restoration and beach nourishment efforts.

“I enjoyed Florida, so when I was looking for a career after the Army – I’d hit my retirement point – I focused on public service positions in Florida and was fortunate Fort Lauderdale had an opening,” he said. “I learned about what we need to do in South Florida, more about King Tides and the local impacts that public works has on communities. Then I had the opportunity to come to Miami, where I got more involved with the stormwater program and resilience efforts. It’s been a great experience.”