Advertisement
The Newspaper for the Future of Miami
Connect with us:
Front Page » Profile » Sally Philips: Uses UM experience in community as South Miami mayor 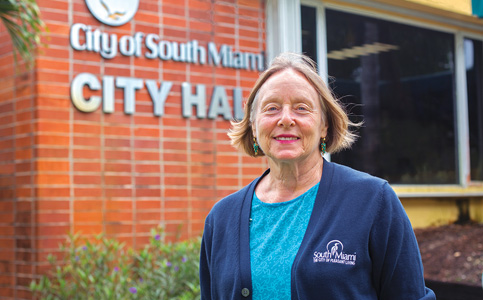 South Miami Mayor Dr. Sally Philips had no intention of seeking public office when she retired as head of the University of Miami Employee Assistance Program in 2007. But her decades of experience working for the school and helping people through its legal benefit plan provider, MetLife, has proven useful in her newest role and in prior volunteer positions.

For nearly 10 years prior to her February swearing-in, she served on several city resident boards, initially at the suggestion of her predecessor, former mayor Philip Stoddard.

“When he retired or could no longer run because he was term-limited, I looked at the people who were running for mayor and there was nobody I thought was qualified or honest enough,” she said. “Phil urged me to run, and mostly at his urging, I threw my hat into the ring.”

The regular responsibilities of the office, she said, aren’t much different from the demands of her former profession. It’s often just about listening to people’s problems, assessing their needs and then referring them to where they’d best find aid or a solution.

“It fits well in that sense,” she said. “What doesn’t fit so well for me is that I don’t have a really good grasp of local, state and federal politics. Some of that is a little mind-boggling.”