Advertisement
The Newspaper for the Future of Miami
Connect with us:
Front Page » Healthcare » 50,000 in Miami-Dade could get first round of Pfizer vaccine

50,000 in Miami-Dade could get first round of Pfizer vaccine 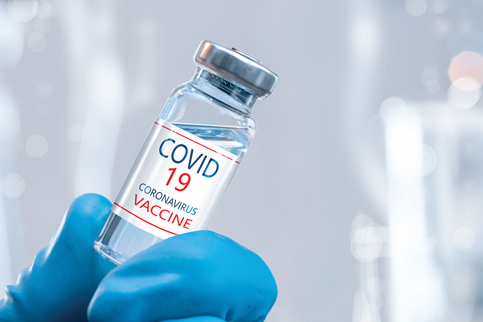 Fifty thousand Miami-Dade residents could receive the first round of Pfizer’s new Covid-19 vaccine, Jackson Health System CEO Carlos Migoya said Tuesday. Guidance from the state will dictate who will get them, he said, but they will probably first go to healthcare workers, first responders and at-risk residents.

Pfizer expects before the end of the year to produce up to 40 million doses of the vaccine it developed with BioNTech, which it claims is 95% effective. Of those, 2 million doses are likely to go to Florida, Mr. Migoya said, although actual figures will be determined closer to when the vaccines are distributed.

“All that information has been changing by the day, so I would not say this is exactly the way you’re going to see it three weeks from now,” he said.

Each person must take two doses to be vaccinated, meaning 1 million Florida residents would receive vaccination. Miami-Dade, he said, “could see as many as 100,000” doses.

Pfizer will directly distribute the vaccines to five hospitals across Florida, including Jackson.

“Outside of Pfizer, the next ones … will go directly to each individual hospital as they have needs throughout different environments,” he said during a Zoom press conference Miami-Dade Mayor Daniella Levine Cava hosted. “As I was told, the state or the federal government will not be involved in the distribution of that.”

In addition to hospitals, Walgreens and CVS will also receive vaccines to give to nursing homes and assisted living facilities.

Miami-Dade Chief Medical Officer Peter Paige said that while awaiting vaccines, residents can help stem the spread of the virus by continuing safe practices like wearing masks, social distancing and washing their hands, among other activities.

“Now is definitely not time to let up,” he said. “We need to lean on these protective measures.”

To that end, Mr. Gelber said, Miami Beach will begin again to enforce mask-wearing even though the citations police hand out aren’t enforceable under an executive order by Gov. Ron DeSantis.

Despite the tickets having no teeth, Mr. Gelber said the city has decided to resume ticketing, with police first offering people masks and, if they refuse, to then give them a citation.

“The governor doesn’t want us to be doing this, but I don’t think we have a choice at this point,” he said.

About 150 people attended Ms. Levine Cava’s 2 p.m. press conference Nov. 24. Representatives from all 34 municipalities within Miami-Dade were invited, she said.

She and staff repeatedly called for uniformity in messaging and approach by the county and cities amid a rising infection rate and ahead of the holiday season.

“We must be hyper-vigilant,” she said.

Hialeah Mayor Carlos Hernandez thanked her for seeking to unify – an attitude, he said, that was lacking during the prior administration.

“We know the needs of our community more than anyone else,” he said, adding he hoped Gov. DeSantis would act similarly.

Asked whether she would continue enforcing a nightly curfew that began while Rep. Carlos Giménez was still mayor, Ms. Levine Cava said she’d already signed orders to extend the curfew.

She said Dr. Anthony Fauci, director of the National Institute of Allergy and Infectious Diseases, and White House coronavirus response coordinator Dr. Deborah Birx agreed with her and Mr. Migoya that while curfews help, they’re just one part of the solution.

She said she hoped the City of Miami would cooperate in enforcing a curfew as well, but Miami Mayor Francis Suarez said enforcement by his administration was shackled by a resolution the city commission passed prohibiting a curfew.

He blamed the recent rise in cases on a decline in mask use and increased gatherings, not curfew violation.

Mr. Suarez said he also hadn’t spoken with the governor. They were scheduled to speak last week, but Mr. DeSantis didn’t answer and has since failed to make up the call.

One Response to 50,000 in Miami-Dade could get first round of Pfizer vaccine