Advertisement
The Newspaper for the Future of Miami
Connect with us:
Front Page » Top Stories » Coral Gables Country Club tussles with city over rent relief 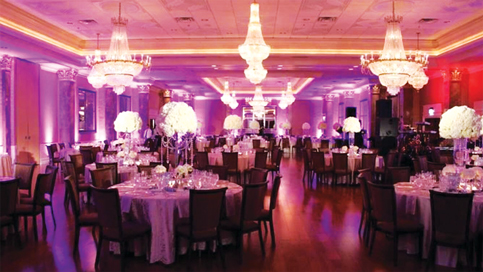 A resolution to grant a rent deferment for the Coral Gables Country Club is still under negotiation and has yet to reach an agreement with the city.

During the Oct. 27 city commission meeting, Commissioner Jorge L. Fors Jr. was authorized to speak with country club’s CEO Anthony Di Donato to resolve and move forward with a deferred rent and payment plan only after a total of about $13,000 deposit refunds were made to non-profits Genes Foundation and Friends of Gables High.

“I expressed my thoughts, and I will be willing to support the deferment if they give refunds to the two non-profit organizations,” Mr. Fors said during the meeting. “They summarily rejected that idea and even withdrew the request for deferment, which is a shame.”

Entering a fourth amendment to the lease, the resolution would grant the Coral Gables Country Club, at 997 N Greenway Dr., a deferment for 100% of $95,650.31 monthly past due rent to the city for Aug. 1 and Sept. 1 and 50% of rent due Oct. 1, Nov.1 and Dec. 1. The deferred rent agreement would also waive any late charges, fees and penalties provided for in the lease during the deferment period.

The amendment to the lease would also provide the country club with an eight-month deferred rent repayment plan, during which the club would pay the city monthly rent according to the lease and will also make monthly installments back towards the deferred rent.

“I disagree with the comments you have stated. We are hurting here, and we have reduced cash flow because of the events, and we are recruiting a lot of liabilities as the result,” Mr. Di Donato said at the meeting. “We are doing our best to work with every single client, and I think it’s unfair to refund monies to a certain organization and not to others, and yet the city expects for full rent payments every single month.”

The country club is operating in a limited capacity during the pandemic with only 40% of employees re-hired and it’s only fair to give businesses a fighting chance, Mr. Di Donato added, “not just me, but many businesses in Coral Gables. I think there isn’t enough being done to support us.”

All that is being asked in return is if the club agrees to help the nonprofits with the refunds, then the city will help them back, Mr. Fors said. “Both sides give a little, and I think in this case the city is giving more than the tenant. I’ll leave my proposal standing.”

The amendment is to once again be placed on the commission agenda once both the city and country club agree on a resolution.