Advertisement
The Newspaper for the Future of Miami
Connect with us:
Front Page » Government » County aims to replenish United Way of Miami-Dade assistance fund 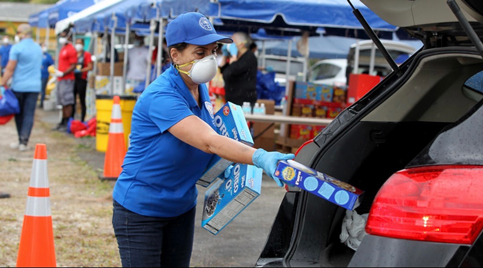 With the deadline to use all of Miami-Dade’s Cares Act funds looming, commissioners Friday are to decide whether to reroute up to $18 million to the United Way of Miami’s pandemic assistance program.

The United Way has had to pause the program twice since it launched Aug. 5 amid thousands of aid requests. Despite that, the nonprofit is close to exhausting the $20 million in Cares Act funds commissioners allocated in July to help residents with food, utility, rent costs and more, new resolutions by commissioners Eileen Higgins and Joe Martinez say.

The new funds would come from a $5 million hospitality grant program for restaurants, bars and catering companies that the county, South Beach Wine & Food Festival and FIU Chaplin School created in July; and $13 million in unspent Cares Act funds for county unincorporated areas.

While the United Way is “on track” to expend its funding set-aside before Dec. 31, when the county must return anything unspent in its $474 million Cares Act fund, the hospitality program is “unlikely to timely expend funds due to changes in circumstances and diminished demands,” the items say.

Commissioners were to have voted on both Monday, but the threat of Tropical Storm Eta forced a meeting rescheduling to Friday, said Alex Fernandez, legislative assistant to Vice Chairwoman Rebeca Sosa.

After first pausing in August, United Way gave $13.8 million to 9,200 households, helping 29,000 adults and children with hardship assistance of up to $1,000 for individuals and $2,000 for families, Miami Today previously reported.

The organization again stalled aid distributions after receiving another 4,000 applications – an “overwhelming response,” spokesperson Cristina Blanco said at the time.