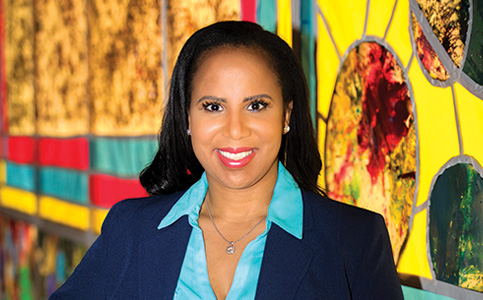 A tough job, in being difficult alone, isn’t enough to deter Theresa Therilus. The Harvard-trained new city manager of North Miami’s work history is a compendium of challenging vocations. And to date, she’s excelled in each.

She’s been an agent for NFL players, led her own law firm and was an assistant attorney general focusing on crimes and consumer protection. She held three positions in Miami-Dade County government, the last of which saw her manage hundreds of millions of dollars for the Internal Services Department.

Then Silicon Valley called. In 2018, she left her hometown for California, where she led procurement for the sixth most populous county in the state, Santa Clara. Through her work for the county’s hospitals, when the pandemic hit this year, she said, they had the supplies they needed.

“The high point for me was when a perioperative director called and said, ‘You have no idea what you’ve done. You’ve literally saved lives with everything you’ve gotten for our hospitals,’” she said.

She returned to South Florida in July to run North Miami’s operations. In accepting the role, she became the city’s first Haitian American manager in its 67-year history. The distinction is an honor, she said, particularly in a city where many residents share her heritage.

“Through my entire professional career, I’ve always felt that need to make your heritage and family proud,” she said. “It was a unique benefit in coming back here, having the opportunity to come into a community that I have an affinity for and being able to help the city grow.”

Her goal, she said, is to continue asking good questions, listening, using the expertise that exists on her team and developing multi-departmental synergies to lead the city through tough times today toward a bright and prosperous future.

“I always look for ways to tweak my leadership skills and figure out how to work through an organization to develop it to the best of its ability,” she said. “I’d like to move away from having silos. I’m focused on having the departments think about how they can work better together.”