Advertisement
The Newspaper for the Future of Miami
Connect with us:
Front Page » Communities » Lincoln Road plans to light up for holidays like no others

Lincoln Road plans to light up for holidays like no others 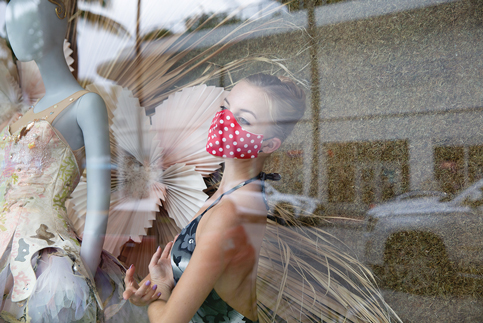 Lincoln Road will be lighting up literally and figuratively this holiday season as new and old shops, activations and decorations line the Miami Beach street. Pop-ups businesses, art exhibits and holiday decorations are a few twists visitors can expect, according to Timothy Schmand, the Lincoln Road Business Improvement District’s executive director.

In September, Miami Today reported, the improvement district launched a pop-up program that allows businesses to set up temporary pop-ups in vacant buildings to increase the street’s occupancy rate. Six businesses, Mr. Schmand said, including carmakers Lexus and Toyota, have taken advantage of the program. With major car shows being cancelled due to the pandemic, he said, such companies turned to “high streets” around the country such as Lincoln Road to show off their selection of vehicles.

In August, Miami Today reported, Lincoln Road’s occupancy rate was around 75%, with rental rates costing in the “$200s” per square foot. Under the pop up program, the improvement district along with property owners offers tenants 90-day leases for 10% of sales or common area maintenance (CAM) charges plus utilities and sales tax.

In addition to this program, Mr. Schmand said, new cultural activations are coming to the area including one program that is to start this weekend.

“This upcoming weekend,” he said, “is the beginning of our Musicians in Golf Carts program, where on Friday, Saturday and Sunday evenings from 8 ’til 10 we will have three golf carts with three musicians (from the New World Symphony) traveling up and down Lincoln Road.”

This program, he added, is expected to last until April, as musicians’ instruments fare better outside during the dry season. A second cultural activation titled “Seven Deadly Sins,” he said, is to debut the Saturday after Thanksgiving hosted by Miami New Drama.

“Seven Deadly Sins: Temptation in the Magic City,” will feature seven different performances in vacant storefronts along the road. Audience members, Mr. Schmand said, will be seated outside and view the performers through the windows of each storefront, with headphones to provide audio. Each short play will focus on a different sin, and small groups of audience members will begin at different stations and rotate through performances.

Lincoln Road’s farmers and antiques markets, Mr. Schmand said, also returned in mid-October after being cancelled for months due to the pandemic.

A guided tour of the area’s plantings, he said, will debut toward the end of this month in partnership with Fairchild Tropical Botanic Garden. The tour, he continued, is a walkable route of Lincoln Road’s orchids and plantings, featuring signage with QR codes that visitors can scan with their phones for more information.

“Workout in the Sky,” an ongoing effort to feature local health and fitness studios, he said, is also taking place at 1111 Lincoln Road. Through this program, local yoga and boutique fitness studios offer classes seven days a week on the open-air seventh floor of the parking garage, which allows for social distancing. Weekend yoga and bootcamp classes, held twice a day Saturdays and Sundays, are free.

Though Lincoln Road’s tree lighting ceremony won’t be heavily promoted this year so as not to encourage crowding, Mr. Schmand said, holiday visitors can expect to see a Christmas tree and Menorah on the street this season.