Advertisement
The Newspaper for the Future of Miami
Connect with us:
Front Page » Profile » Karin Wilkins: Designing communications education for a new era at UM 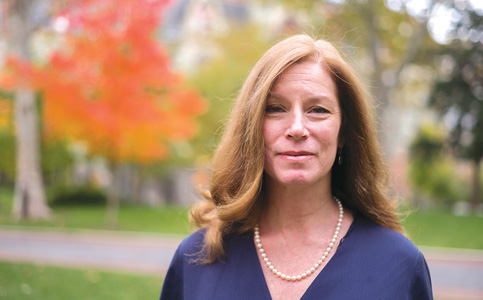 When Karin Gwinn Wilkins left her longtime higher education home at the University of Texas at Austin to become dean of the University of Miami (UM) School of Communication, she did so with the goal of invigorating attention to social change and global initiatives and boosting the school’s community outreach.

In just over a year, she’s overseen development of several new programs. There’s a podcast program supported by the Wolfson Foundation. The school also created or strengthened connections with local arts and cultural communities like Oolite Arts and the Miami Museum of Contemporary Art of the African Diaspora.

“We’d like to build programs in areas of diversity and inclusion and global initiatives,” she said. “Our Center for Communication, Culture and Change is very exciting. It was one of the reasons I wanted to come here.”

TV is no longer just TV, nor are screens merely screens in the traditional sense. And as media morphs to meet demands, she said, it’s vital that the school responsibly adapt to benefit both its students and the audiences they’ll serve.

“We have to be creative, innovative and understand some of the cross-cutting seams like ethics of representation, for example,” she said. “It’s also important that we build critical communication literacy as a key competency to help people sort out and decide for themselves what’s credible. We’re building that up in our school’s programs in response to the changing media world.”