Advertisement
The Newspaper for the Future of Miami
Connect with us:
Front Page » Transportation » Miami Beach raises red flags over county’s monorail push 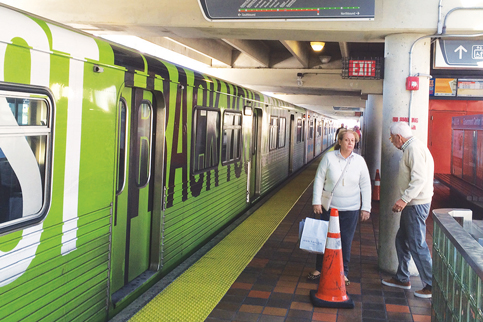 Miami-Dade County officials may soon take the next step toward developing a “mass-transit solution” in Miami Beach, but city administrators have some concerns.

According to a memo to be addressed by Miami Beach commissioners today (10/15), county commissioners will consider on Oct. 20 legislation that would approve a two-step interim agreement with a consortium of firms that hope to create a monorail system from Miami to Miami Beach.

The consortium, which is known as the Miami Beach Monorail Partners and includes Asian casino developer Genting, sent the county an unsolicited proposal to develop the monorail project in 2019. Last July, the item says, the county requested proposals for such a project and was met with interest from four firms before receiving a singular proposal from the consortium.

Shortly after, the item said, Miami Beach commissioners laid out a number of requests for the county regarding any proposed project. Now, city administrators are looking for commissioners to address a number of concerns regarding the potential agreement.

The concerns, the memo said, include:

■“Excessive 28- to 30-minute travel time with at least two transfers required from Government Center Station in Downtown Miami to the 5 Street Station in Miami Beach.”

■ “Lack of multimodal integration, accessibility, and connectivity at the proposed Miami

■ Beach station on 5 Street” including little consideration for bikers and pedestrians.

■Lack of experience on the part of technical project team.

■No identification of “transit operator,” who will be part of the system for at least 30 years.

“The Project,” the item states, “includes an exchange of County-owned land located at the Omni Bus Terminal with private property (owned by Resorts World Miami LLC) located at NE 13 Street, between N. Bayshore Drive and Herald Plaza. The latter property will then serve as the location for a Downtown multimodal transit hub, providing access to the proposed monorail, the current Metromover system, and a new bus terminal.”

The agreement county commissioners will consider next week, the item said, will follow a two-step process. The first, it said, is “an Interim Agreement through which (the consortium) will perform pre-development activities and have the exclusive right to negotiate with the County for the delivery of the Project.” This phase would last 18 months, with the possibility of a six-month extension, and would cost the county around $8 million.

The second step would be “a final project agreement  governing the finance, design, construction, operation, and maintenance of the project, and the county’s obligation to make availability payments over a 30-year period beginning once it is operational.” Should the county not enter into this second agreement, it might owe developers up to $6 million.

The complete cost of the project, including direct and indirect costs, could total $586.5 million, according to the document.

The proposed multimodal hub, it continues, would provide access to the current Metromover system and proposed monorail. It would also contain additional facilities such as waiting and concession areas.