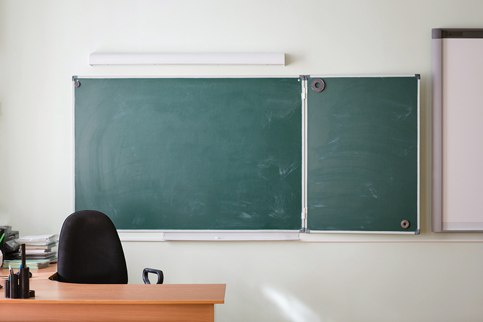 Public school teacher rolls in Miami-Dade have fallen to a 23-year low, according to district statistics, despite growing interest in education work that schools personnel say helped stave off a steeper dip amid coronavirus concerns.

Miami-Dade County Public Schools (M-DCPS) figures show 17,584 teachers employed, the fewest since the 1996-97 school year, when 17,410 were on the district payroll.

This year’s number marks the latest in a downward trend that began more than a decade ago and runs contrary to some expectations that faculty staffing would rise with teacher pay raises.

In 2018, following a series of school shootings, including one at Marjory Stoneman Douglas High School in Parkland, Miami-Dade voters chose to tax themselves to give educators a pay bump and enhance school security.

Over four years, the tax was estimated to generate roughly $232 million, of which 80% will add to teacher and counselor salaries and 20% will go toward hiring more on-site officers as required by a then-new state law.

Though the current economic slide would normally spur teaching job applications, “concerns about impact of Covid-19 on multigenerational homes, employees with underlying health conditions and a variety of other issues [has the district] not really seeing a new gain,” an email from the district’s Human Capital Management office said.

“However, an interest in teaching appears to be increasing,” personnel added.

The biggest gaps remain where they’ve long been and comport with national trends. The county schools’ vacancies are most prevalent in exceptional student education (special education), followed by “strong teachers in the areas of math, science and language arts/reading.”

Geographically, teachers are most needed in Miami-Dade’s urban core and the “rural, southernmost part of the county.”

Staffing remains “a fluid situation,” the email sent through school district spokesperson Jackie Calzadilla said, as many traditional recruitment methods were disrupted by the pandemic.

The district had to rescheduled all of its spring recruitments events and activities “due to the uncertainty of the virus,” and while hiring is ongoing, most of it is happening virtually.

School campuses this week welcome students back to classrooms unlike anything the nation has seen in a century. The changes go beyond sanitization, social distancing and maintaining and upgrading school sites and buses. And those changes have direct bearing on faculty numbers.

“There are many moving parts as it relates to the reopening of in-person classrooms that could potentially impact staffing – from decreased [full-time equivalent positions] to the uncertainty of unexpected leave options or retirement,” the email said. “Depending on what that looks like moving forward, our efforts to staff may be impacted in ways we had never dealt with in the past. Regardless, M-DCPS continues to recruit viable candidates.”