Advertisement
The Newspaper for the Future of Miami
Connect with us:
Front Page » Real Estate » County set to corner South Dade transit 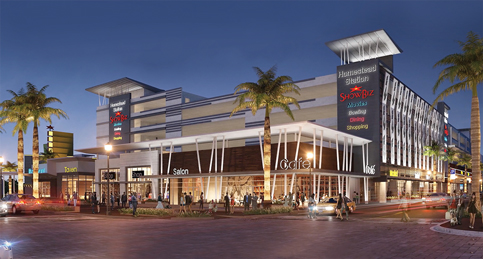 As construction for “Gold Standard” bus rapid transit on the South Dade Transitway gears up, Miami-Dade aims to clinch the use of 850 parking spaces on the line’s penultimate stop.

Commissioners are to consider a parking deal with Homestead Oct. 6, roughly a month after they OK’d a $368 million contract for construction of stations, roadway and intersection improvements and other enhancements for the 20-mile rapid bus project.

The agreement, sponsored by Esteban Bovo Jr., Daniella Levine Cava and Dennis Moss, would see the county pay Homestead $5.7 million for use of the spaces.

The city, in turn, must use the funds to pay costs and debt service for “eligible transit components” of Homestead Station, a 250,000-square-foot mixed development near city hall that includes a 1,100-space parking garage.

Homestead Station, which cost $42 million to build, a memo from county Deputy Mayor Jennifer Moon said, opened in October 2019. The station includes about 40,000 square feet of retail and dining and a 65,000-square-foot entertainment center with a movie theater and bowling alley.

Money for the county payment would come from a tax zone that commissioners created in 2018 to pay for transit upgrades along six commuting corridors identified in the Strategic Miami Area Rapid Transit (Smart) Plan.

The district’s creation marked the first transit-specific tax since voters approved the countywide half-penny tax. But unlike the half-penny surtax, the district will reroute some funds from other services in the county’s unincorporated areas, including police and roadway upkeep.

In a Feb. 6, 2018, memo to commissioners, Deputy Mayor Ed Marquez noted that other counties have successfully used transportation infrastructure improvement districts, which are similar in concept to community redevelopment areas (CRAs): “Revenue that is allocated through this methodology could make funding other services more challenging.”

The $5.7 million payment, if approved, would be the second allocation of funds from the district since its inception.

In accepting the money, Homestead would agree to make payments back into the district through the Homestead CRA, an extension for which the county administration is preparing.

Commissioners in September approved a design-build contract with OHL USA Inc. to redevelop the existing busway that mostly parallels US 1 for bus rapid transit.

Once work begins, OHL has 880 days to finish it. That includes an 80-day contingency.