Advertisement
The Newspaper for the Future of Miami
Connect with us:
Front Page » Profile » Teresa King Kinney: CEO plans eighth location of Miami Association of Realtors 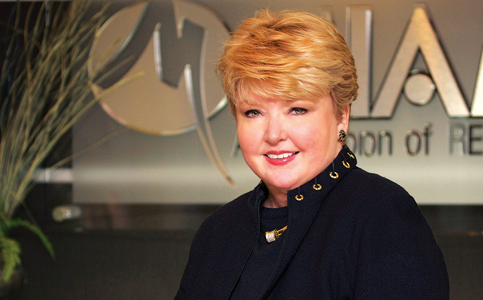 Teresa King Kinney’s career trajectory was hardly a straight line into real estate. She went from a movie theater job to three consecutive government positions, including one in which she worked alongside Bureau of Narcotics and Dangerous Drugs attorneys.

By 1972, wanting a change of pace after returning to her hometown of St. Joseph, MO, she took joined the city’s board of realtors. At the time, the office consisted of three employees.

“Who could have possibly imagined it would lead to all of this?” she said, laughing.

Over 21 subsequent years, she earned increasingly greater responsibility while building up the association. The group selected her to be its CEO when the position opened up, a promotion that led to many public speaking engagements, article writing and volunteer work with the National Association of Realtors.

In 1993, she applied for the position of CEO of the Miami Association of Realtors. It was the only job she’d gone after at the time, and she won it.

“By the time my son graduated from high school, my husband and I wanted a new location,” she said. “I was ready to go to a much larger association, and we wanted to go south and be around water. We just didn’t know it would be this far south and around this much water.”

If going from the 300-member St. Joseph board to the then-5,000-member Miami Realtors was an intimidating promotion, one wouldn’t be able to tell from the results.

Under her leadership, Miami Realtors’ membership has grown more than tenfold across Miami-Dade, Broward, Palm Beach and Martin counties, hosted about 100 inbound trade missions, participated in over 100 international conferences and signed 223 global partnerships with real estate organizations around the world.

And for such a large organization – the largest local realtor association in the nation, in fact – it’s remarkably agile, as evidenced by its rapid response to the effects of the coronavirus.

“We got up and running [virtually] within days of the pandemic hitting,” she said. “There now isn’t anything we did before that we have not been able to convert to video, Zoom and interactive media.”