Advertisement
The Newspaper for the Future of Miami
Connect with us:
Front Page » Transportation » A third of Miami-Dade drivers carry suspended licenses 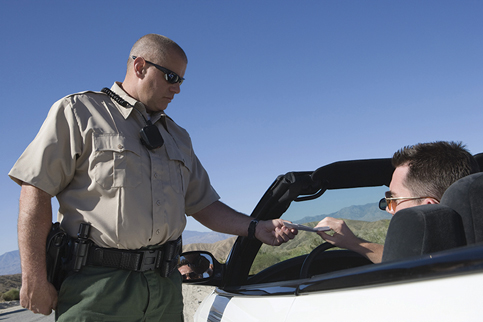 A new team could soon be looking at easing driver license suspensions in Miami-Dade, which proponents say will benefit residents’ wallets and government coffers.

County commissioners Oct. 6 are to decide whether to create a Driver License Suspension Task Force. Among its duties: reviewing court-related fines and fees tied to driver license suspensions and the costs and success of collecting money, seeking public and expert input, and researching what’s been done about the issue elsewhere.

And it is a big issue. About a third of Miami-Dade’s 2 million licensed drivers, 665,307, have suspended licenses, according to the most recently figures from the Eleventh Judicial Circuit Court Administrator’s Office. That’s more than double the suspended licenses here cited in a 2017 report from the nonpartisan Fines and Fees Justice Center.

“That’s a huge percentage of our drivers,” said Eileen Higgins, the commissioner backing the task force.

Because those who can more easily pay fees often do, poorer populations are disproportionately affected, said Harris Levine of Ker-Twang, a company which its website says is “working to increase the number, quality and availability of meaningful services for low-income people.”

In a July 15 presentation to the Community Disparities Subcommittee, which Ms. Higgins leads, Mr. Levine said the vast majority of suspended licenses aren’t for bad driving but for not paying fines.

“In fact, we’re actually suspending 125 times more people for not paying fines than we are for dangerous driving,” he said.

While those arrested for intoxicated driving can get hardship licenses to drive to and from work, no such provision can aid people who can’t pay fines, most of which – 72% in Florida – aren’t connected to unsafe driving, the Justice Center found.

Mr. Levine referred to a broadly cited New Jersey study reporting that 42% of people whose licenses were suspended lost their jobs afterward. That, he said, causes a “debt spiral” that particularly impacts Black residents, who comprise 59% of people arrested for driving with a suspended license.

Current practices lose money too, according to a November 2019 Brennan Center for Justice study that found that in Texas, Florida and New Mexico combined, governments are owed $1.9 billion in outstanding fines and fees.

In Miami-Dade, he said, just 11% of fines and fees are collected within 15 months of issuance. One New Mexico county spends $1.17 on collections for every dollar it collects.

When someone with a suspended license gets pulled over, “that’s police time,” Mr. Levine said. “When they get arrested, that’s jail time. When they show up in court, that’s court time. When they have to negotiate and call and get on a payment plan, that’s clerk time. There’s staff time.”

If created, the 11-seat task force is to find ways to align local practices more with states like California, Kentucky, Oregon, Virginia and Wyoming, which don’t penalize drivers by suspending licenses for failures to pay fines, and others like Georgia, Maine, Vermont and the District of Columbia, which have eliminated automatic license suspensions for nonpayment of costs unrelated to traffic violations.

However, major change would have to come from Tallahassee. Florida statutes set fine amounts and costs for court and collection fees, and govern payment plans and license reinstatements.

Bills to minimize license suspensions for fee nonpayment died in the Legislature this year.

Miami-Dade Judge Steve Leifman, who rules over traffic and criminal cases, said a big faxctor in the problem is Florida’s low-tax and high-fee model.

“We’ve reached a tipping point,” he told Miami Today. “They’ve put the burden of taxes on some of the lowest-income people who cannot afford it, so they don’t pay their tickets, continue to drive and end up having collateral impacts like jail and other issues. At some point, the legislature may want to look at what they’ve done with fines and fees, because they’d collect more. It’s costing the state more money than if we lowered the cost and collected the money.”

Still, some aspects of cost assessment and enforcement are managed locally, Ms. Higgins resolution to create the task force said.

“We have jurisdictions all over the country switching to text messaging [and] online paying that’s much more modern,” she said.

The 2020 county budget sets aside an unspent $1 million for the Community Disparities Subcommittee, Deputy Mayor Jennifer Moon said when Daniella Levine Cava asked about the funds.

Ms. Higgins, who is not a member of the public safety committee and could only advocate for her resolution to advance unchanged, said $250,000 was a maximum for Ker-Twang. The county would likely negotiate to pay less, she said.

Joe Martinez, the committee chairman, pointed out that Ker-Twang has provided comparable consultation elsewhere. It might make sense, he said, to view what the company already came up with.

“It’s got to be public records,” he said.

Even if it isn’t, the expense is likely unnecessary, Sally Heyman said.

Ms. Heyman said she and Public Defender Carlos Martinez and Judges Leifman and Robin Faber, among others, have been developing a similar initiative to address the issue at the state level.

“It’s been in the works,” she said. “We ran into a problem … with the [Florida Department of Law Enforcement] and the state legislative order – what you can and can’t do. Some of this needs to be done with legislation. The rest is procedural.”

Ms. Higgins said she knew of Ms. Heyman’s efforts through talks with judges and other officials. There’s still room for more hyperlocal efforts, she said.

“The solutions we’re looking at here are going to require people to think creatively and smartly about how to apply new technology,” she said. “That was one of the reasons I was suggesting that we have an outside consultant who happens to be an expert [on] how technology solutions work for low-income populations.”

The task force would have two appointments by Mayor Carlos Giménez, one of them from the county Information Technology Department; two by community advocacy organizations the mayor chooses, including at least one who was “impacted directly by a debt-related driver license suspension”; a chairperson selected by Chief Judge Berlita Soto of the Eleventh Judicial Circuit; and one each by Clerk of Court Harvey Ruvin, State Attorney Katherine Fernandez Rundle, Public Defender Martinez, the Miami-Dade State Legislative Delegation, Miami-Dade Association of Chiefs of Police and Miami-Dade League of Cities.