Advertisement
The Newspaper for the Future of Miami
Connect with us:
Front Page » Government » Coral Gables looks at how to fund city hall upgrade

Coral Gables looks at how to fund city hall upgrade 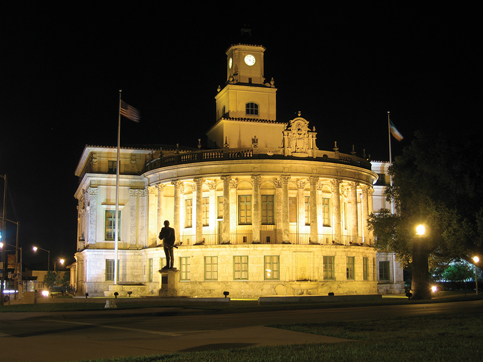 Coral Gables city commissioners are still debating whether funds from selling a municipal parking lot should be allocated toward a general park trust.

Vice Mayor Vince Lago proposed half of the potential fund proceeds from the parking lot, on the northwest corner of University Drive and Pisano Avenue, should go into a park trust to continue acquisitions of open spaces during the city’s Aug. 25 commission meeting. The lot is to be purchased by Doctors Hospital Baptist Health for $3 million, a sale that was approved back in February 2019.

Doctors Hospital consultants are currently working with the city’s public works department as they work to change the parking lot to special use zoning. Meetings with property owners whose lands are adjacent to the lot and who will be directly affected are also being scheduled, City Manager Peter J. Iglesias said.

“We are currently waiting for the plans to be preliminarily approved by public works and zoning. We want the right amount of landscaping, a wall to attenuate noise and light,” he said. “We are also proposing a covenant that it will remain a surface lot and there will be no construction on it.”

Since there was back-and-forth discussion about, once the sale occurs, where the allocation of funds was to go, Vice Mayor Vince Lago said, he conducted a public records request dating back to August 2018.

“At that point, I wasn’t in favor of the sale, but of the things that made me become in favor of the sale was the items, which we discussed, of how the money would be allocated,” he said. “We discussed that 50% of the sale proceeds will go into the park trust to continue to acquire open spaces, which I think it’s important for selling a city’s assets, which makes our balance sheet even stronger.”

Mr. Lago requested that his colleagues consider the other half, $1.5 million, go toward the city’s art and public spaces fund.

“I know one of our colleagues has the desire to potentially use these funds for city hall. I did some research on the budget and we currently have in 2020 significant money already allocated not only in the budget but also in cash in regards to immediate improvements,” he said.

Commissioner Patricia Keon, who inquired about using the funds for city hall, said it is going to cost about $10 million to renovate the building.

“There is a $7 million unfunded item in the budget in that line for the renovation of city hall that we don’t have a funding source for and I don’t know potentially we will be able to get grants to do it or another windfall is going to come our way, but the renovation of city hall is an exceedingly expensive project and I really think we should consider to using or hold it at some ledger,” she said.

With $500,000 being allocated yearly for parks, Ms. Keon said she believes there’s already an ample amount and it should be looked at before continuing to add money to the general fund.

“I know there’s a plan, that the parks department put forward, with having a neighborhood park within a 15-minute walk of every home, and I’d like to maybe take a look at that and see how many more parks and parcels do we need to be able to accomplish that goal, because I don’t really know where we are at with that information,” she continued. “I really don’t think we should dismiss the renovation of city hall. This is an exceedingly important historic building in our city that desperately needs to be renovated – windows, doors, and everything else are in terrible shape.”

In early 2022, the city plans to issue bonds for its mobility hub. An additional $10 million will be included to restore city hall, Mr. Iglesias said. “We are doing a tremendous amount of catch-up work as far as infrastructure.”

When looking at capital improvement plans for city hall, there’s an allocation between 2020-23 of $10.4 million and currently $2.75 million is allocated for immediate improvements, Mr. Lago responded.

“The most important need right now is the base of the roof, which is going to seal the building and limit the amount of water intrusion – that’s a concern right now, and I know you are moving expeditiously for that,” he said.

Mayor Raul J. Valdes-Fauli said more information and details are needed to make a decision and suggested placing the issue back on the agenda for the next meeting. “It’s a very important subject and I would love to discuss it at length – so we are prepared.”