Advertisement
The Newspaper for the Future of Miami
Connect with us:
Front Page » Business & Finance » US reimbursement check awaited emergency Covid-19 spending 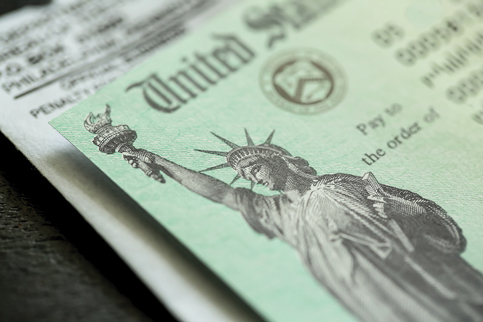 Miami-Dade has about $99 million in FEMA-reimbursable costs awaiting approval on the agency’s online portal. Federal repayment of local expenditures is still pending, but Mayor Carlos Giménez’s administration expects it’ll come quicker than in the past.

The county still hasn’t received all the money it asked for to repay costs stemming from Hurricane Irma, which struck south Florida in September 2017. Some of that has to do with changes to FEMA’s documentation requirements, according to Deputy Mayor Ed Marquez.

In contrast, he told Miami Today that the agency’s handling of Covid-19-related submissions appears to be swifter, at least so far.

“What we’re seeing is they’re processing it faster than they have for hurricanes,” he said. “I can’t say when the money will come in, but it seems to be moving faster.”

That’s despite the fact that FEMA is getting requests not just from one or two regions affected by a seasonal storm but from almost every state, county and city in the nation for nine months’ worth of costs.

Unlike Cares Act funds the county is responsible for distributing to municipalities, cities must individually seek FEMA reimbursements for qualifying costs within their limits. Expenses eligible for FEMA repayment range from managing and reducing immediate threats to public health and safety, emergency medical care and sheltering.

FEMA will also cover costs not funded by other federal agencies for security and law enforcement, “communication of general health and safety information to the public” and for the purchase and distribution of food, water, medicine and other consumable supplies, according to its website.

To maximize funds the county and the cities within it get, Miami-Dade has advised cities to apply for FEMA dollars before seeking Cares Act money that the county already has in its bank account.

“We’re not telling them to do that first, but we’re suggesting that they don’t use Cares Act funding if it’s FEMA-reimbursable, and we’re asking ourselves to do that too,” Mr. Marquez said. “With the Cares Act, we can reimburse people for individual and public costs and for extra costs they incurred due to Covid. We can do small business grants and lend money. It’s more flexible because it’s not specifically a reimbursement of government expenditures.”

Miami-Dade commissioners Aug. 4 voted to give $100 million of $474 million in Cares Act funds to cities, more than triple what Mayor Giménez’s administration said previously it would like to distribute to the smaller governments.

Miami-Dade is still technically the borrower of the funds, meaning any misspent money will be the county’s responsibility to repay to the federal government, Mr. Marquez said. For that reason, he said, the county is asking cities for thorough documentation.

“This is the US Treasury we’re dealing with. They have the IRS, the Secret Service, and their inspector general scares those guys,” he said. “We fully anticipate being audited, so we’re trying to cross every ‘T’ and dot every ‘I’ to do it as efficiently as possible.”

The mayor’s office and some county commissioners had previously argued that because Cares Act funds are distributed to individuals, organizations and businesses countywide, irrespective of municipal borders, allotting cities a greater piece of the funding package to spend solely on hyperlocal issues was counterproductive.

“Unless you’re asking for addresses of where they work and live, [then] money is just being given out to help people,” Joe Martinez said Aug.  4. “This is not the moment to be in this petty fight about controlling a couple million dollars.”

Of the $100 million reserved for cities, cities may use $75 million for operating costs and $25 million to create new municipal programs. Similar to their arrangement with FEMA, cities must submit to the county new program proposals and requests for reimbursement for expenditures that were not budgeted prior to March 27 by Sept. 15 and Nov. 15, respectively.

Mr. Marquez said county will also cover the local match of 12.5% of FEMA requires of cities once they prove they’ve applied for funding from the agency.

“If it’s on the FEMA portal, it’s going to be FEMA eligible,” he said. “And if it’s FEMA eligible, we know it’s Cares Act eligible for Covid.”

While larger than the county’s earlier figure, the set-aside for cities, which came after threats of legal action from several local mayors and the Miami-Dade League of Cities, is “insufficient,” as has been the county’s response to Cares Act funding requests, according to Coral Gables Vice Mayor Vince Lago.

“When it comes to the actual figure as a result of the impact from corona, $100 million doesn’t even come close,” he said. “Our city manager made an effort to submit [funding requests] before the county’s deadline, but like most issues with the county, they’ve dragged their feet and failed to reimburse monies sitting in their coffers while municipalities are in dire need with significant shortfalls.”

Coral Gables is “exploring every opportunity” to ensure the city’s coronavirus-caused financial shortfalls are minimized, including applying for FEMA dollars before Cares Act funds. But like other municipal leaders, Mr. Lago said, he believes the county was needlessly difficult in its slowness to share federal funds already here.

“If you told me the county didn’t have the money in place from the federal government, that would be a little easier to understand,” he said. “What they did was unnecessary, especially in moment of crisis.”