Advertisement
The Newspaper for the Future of Miami
Connect with us:
Front Page » Profile » Sean Gazitúa: Focused on expanding family-founded foreign trade zone 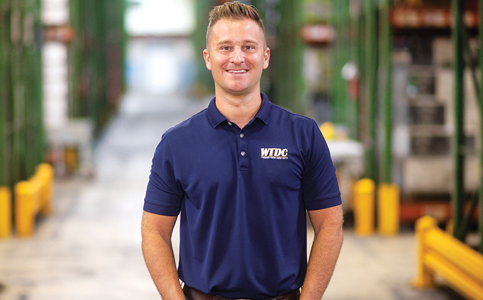 There wasn’t much pomp and circumstance on Sean Gazitúa’s first day at WTDC, the family business his grandfather founded 43 years ago. He came on as an intern, lifting boxes and filing records in the warehouse.

But the experience sparked in him an interest in how things move around the world, what it takes to get products and cargo from one place to another. After graduating from college, he returned to work full time.

“And I started again in the warehouse,” he said, laughing. “I thought I was going to be Mr. Big Shot with a dress shirt, tie and degree, but my father, who became president and CEO after my grandfather, told me I was going to start there, picking up boxes.”

So, he did. Then he drove a forklift. Then he worked in the office on data entry. From there, he moved into customer service. Gradually and over time, he said, he held almost every position imaginable there, working his way up to customer service director, director of logistics, vice president and, in 2017, to president and CEO.

“That’s why I appreciate everyone’s role – I know how to do it,” he said. “No one really had the perception of me being just the owner’s kid. They know I have that experience and saw me grow within the company. If I need to, I’ll roll up my sleeves and get in there to get the job done. Service comes first.”