Advertisement
The Newspaper for the Future of Miami
Connect with us:
Front Page » Communities » Miracle Mile to get four murals to stimulate economy

Miracle Mile to get four murals to stimulate economy 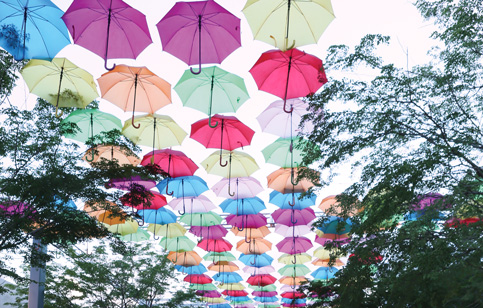 Coral Gables residents and visitors will soon have a new backdrop to photograph and post on social media with the year-long installations of four art murals along Miracle Mile.

Presented by the city’s Economic Development Department during Tuesday’s city commission meeting, commissioners voted 5-0 approval of four murals on Miracle Mile to boost the recovery of the local economy and activate the downtown area.

The first mural wall will be at Miracle Mile and Salzedo Street and be called “Smile, You’re on Coral Gables.” The second mural titled “Life is Sweeter in the Gables” will be at the intersection with Ponce de Leon Boulevard. The third mural will be near Seasy Mediterranean restaurant at 136 Miracle Mile entitled “Greetings from the Gables.” The fourth will be installed at the McBride Plaza section at 150 Miracle Mile called “Galleria De Gables,” which will be composed of four smaller murals.

The main focus of the effort is to bring life back into the city and these murals will help bring business and people back to the shops and restaurants and hopefully become a viral movement just like the city’s widely publicized umbrellas installation on Giralda Plaza, said Francesca Valdes, the city’s business development coordinator, while presenting the project to the city commission. Umbrella Sky opened in July 2018 on Giralda Plaza, drawing thousands of onlookers and diners and inspiring later temporary installations on that plaza.

“Each mural will have hand sanitizing stations, stickers on-site for social distancing, and visitors will also be reminded of facial covering and social distancing on social media,” Ms. Valdes said.

In partnership with the Business Improvement District of Coral Gables, the installation project will cost approximately $50,000, which includes the design, labor and equipment. The murals are scheduled to be installed Nov. 1 and stay up for a year, with the city owning the design rights.

Commissioner Michael Mena agreed Miracle Mile needed a little bit of a boost, but said there might be a few thoughts to factor in when deciding and approving final renderings of how the murals will appear.

“We are not necessarily looking for that street art feeling like Wynwood, we need something more classic. We might also need some kind of security cameras because we have seen some incidents of graffiti … Hate to say, but these murals might be a target of such incidents,” he said.

Mayor Raul J. Valdes-Fauli insisted that blank walls are targets for malicious graffiti and if the city has a nice mural, those graffiti incidents will go elsewhere.

“We are looking at graffiti more at the line of the protesting we have been seeing across the nation. Just something to take into consideration, but I do like the idea and the locations,” Mr. Mena responded.

One concern Vice Mayor Vince Lago had was with the murals that will be seen the most by ongoing traffic, like the installation on Ponce de Leon Boulevard. “We have to make it as tasteful and classic as possible and be really careful of what we are putting out there,” he said.

At the end of the day, said Aura Reinhardt, the Business Improvement District’s executive director, all involved are committed to bringing back visitors and these murals will do just that where people can “record and activate their experiences.”