Advertisement
The Newspaper for the Future of Miami
Connect with us:
Front Page » Top Stories » Miami Hotels see visitor uptick as they market safety 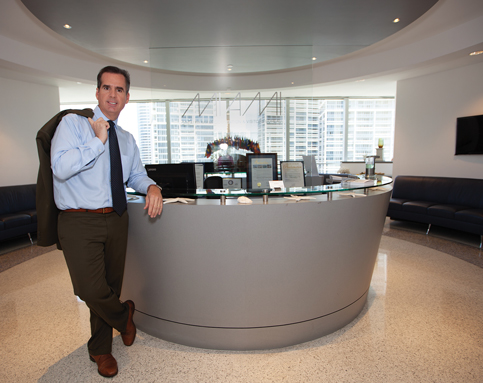 Miami-Dade’s hotels have undeniably taken a hit, but with Covid cases plateauing for the moment they are seeing an incremental, if small, uptick in business and focusing on marketing safety measures, local experts say.

“We welcome you to Miami but please, please behave in a responsible way,” said Rolando Aedo, chief operating officer of the Greater Miami Convention & Visitors Bureau, in describing the bureau’s message to guests.

Grisette Roque Marcos, executive director of the Miami Beach Visitor and Convention Authority (MBVCA), told Miami Today that hotels in Miami Beach had taken the proper precautions to reopen safely and were seeing occupancies of up to 50% on some weekend days.

According to Mr. Aedo, the average occupancy rate countywide is roughly 30% – 29.9 percentage points lower than it was at this time last year. However, he said, statistics have been trending in the right direction in time with coronavirus cases falling from their most recent peak, and the occupancy rate has gone up about 2 or 3 percentage points each week since mid-summer.

Still, hotels are not making as much as they were pre-pandemic. The average daily rate for Miami-Dade hotels, Mr. Aedo said, is 26.5% lower than it was last August. And the revenue per available room (revPAR), which is the average daily room rate multiplied by the occupancy rate, is down 70%. While this is a very important indicator, and a very drastic percentage, Mr. Aedo said, it should be noted that the revPAR dropped 80% earlier in the summer and is trending in the right direction.

August and September, Mr. Aedo said, are often slower months for Miami-Dade hoteliers anyway, with business picking up as the weather up north gets colder and domestic tourists start flying south. December brings with it Art Basel visitors, and this major weekend for Miami hotels is still planned to take place from Dec. 3-6 of this year.

Additionally, Mr. Aedo pointed toward plans – subsequently announced Tuesday – to loosen Covid restrictions that ban indoor dining and limit occupancy in many spaces. However, he continued, any sort of reopening must be met with responsibility and caution.

“I’m hopeful that (we’ve) learned,” he said, “and that when we start relaxing these restrictions there will be a more cautious experience. It would be very challenging if we have to close again.”

For now, he said, the bureau is focused on marketing a safe Miami – and encouraging guests to do their part. According to Mr. Aedo, one major part of the bureau’s marketing strategy includes a video campaign that highlights the safety precautions hotels have in place and interviews the diverse guests that are staying.

Still, Ms. Roque Marcos said, many visitors gracing Miami Beach’s hotels at the moment are local. The average visitor, she said lives within a two-hour drive of the destination. The next step, she said, is to push that window out to eight hours – when the time is right. However, a strict timeline remains to be seen.

Many hotels, Ms. Roque Marcos said, are holding off on major marketing until travel picks up and Covid numbers drop. Aspirational campaigns pushing messages such as “We’re still here,” she said, are popular, as are special deals and promotions for “daycations” and resort passes.

The MBVCA’s own campaign, “From Miami Beach, With Love,” focuses on using social media to share deals being offered by local hotels and restaurants in an effort to support local business.

“Time, generally, is the ally of this process,” said Mr. Aedo. “Time allows our leaders to better inform themselves, and it allows for the development of  therapeutics and the vaccine – and those are the things that will ultimately instill consumer confidence.”

While there is still a demand for travel, and Miami is still seeing visitors from all over the world (though fewer of them), Mfr. Aedo said, a therapeutic treatment or vaccine is probably necessary to convince the most risk-averse of travelers to vacation again and to resume the bookings of large conventions and meetings that once took place in Miami.