Advertisement
The Newspaper for the Future of Miami
Connect with us:
Front Page » Transportation » Four international airlines return to Miami International Airport 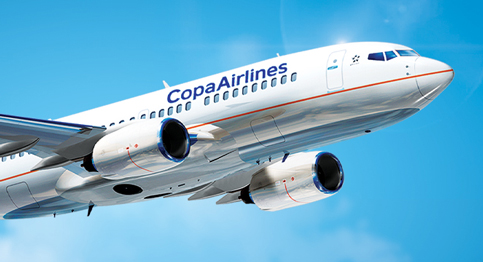 Next up is Aerolíneas Argentina, which should begin three weekly flights to Buenos Aires Sept. 3, six or so months after pausing here, Mr. Chin told Miami Today.

Also in September, Panama’s Copa Airlines will resume service at MIA after five months away. The carrier is now flying citizens back to their home country, Mr. Chin said.

Bringing back business to Miami-Dade’s biggest economic generator relies, in part, on smart and efficient safety measures that can help restore confidence in air travel.

“A number of measures” since the pandemic began include mandatory masks, hundreds of plexiglass shields at all contact areas, increased cleaning by janitorial staff at all touchpoints, social distancing floor markers at queue lines and concession areas, and public address messages reminding people to behave safely, Mr. Chin said.

A Copa press note said all Copa aircraft have high-efficiency filters “that remove up to 99.97% of airborne particles, including viruses and bacteria, similar to a hospital’s operating room,” with air circulation systems that renew the airflow “every two to three minutes … vertically, which prevents it from being shared among passengers.” Copa requires all onboard to wear face masks, the note said.

Mr. Chin said such measures, including extensive cleanings, are common.

“American Airlines at the beginning of this month announced the requirement for everyone aged 2 and older to have a face mask,” he said. “Major airlines have added increased deep cleaning between flights and have all those other things [Copa listed] in their modern aircraft.”

Other measures like on-flight social distancing, he said, may vary carrier to carrier.