Advertisement
The Newspaper for the Future of Miami
Connect with us:
Front Page » Healthcare » Federally funded Covid-19 vaccine tested at University of Miami 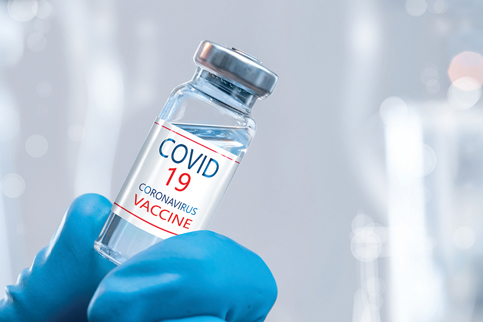 Moderna, the biotechnology company behind mRNA-1273, the Covid vaccine currently being tested at the University of Miami’s Miller School of Medicine, is one of multiple companies to receive funding from the US government’s “Operation Warp Speed,” including an award of up to $1.525 billion announced by the Department of Health and Human Services on Aug. 11.

The goal of “Operation Warp Speed,” an HHS fact sheet says, is to “produce and deliver 300 million doses of safe and effective vaccines with the initial doses available by January 2021.”

The government’s deal with Moderna, a company press release said, will allow it to secure 100 million doses of mRNA-1273 with an option to purchase up to an additional 400 million. Related deals have been struck with the manufacturers of five other vaccines, some of which are being co-developed by multiple pharmaceutical companies, the HHS fact sheet said.

The participants, she said, will be compensated for their time and tracked closely for two years, though initial data on the vaccine’s effectiveness could emerge within months.

“The unique thing about this vaccine,” Dr. Doblecki-Lewis said, “is that it’s based on using the genetic material of the virus.” One advantage of this, she said, is that this type of vaccine can be produced relatively quickly.

According to the Journal of the American Medical Association (JAMA), this vaccine is one of two messenger RNA based candidates to receive funding for large-scale manufacturing; the second is being developed by Pfizer.

“Messenger RNA vaccines,” an Aug. 4 JAMA article noted, “offer a novel methodology in the field of vaccinology” and have “displayed promise in early studies.” However, it continues, this type of vaccine has never been used commercially.

If it operates correctly, the journal states, the vaccine can enter human cells and produce a “robust immunogenic response without the introduction of live, (or) killed portions of the (pathogen.)” Still, it adds, the success of the vaccine could depend on the success of an untested and “complex lipid delivery system” that would essentially ensure it can reach the target cells intact.

Moderna has already received $955 million for development of the vaccine from the Biomedical Advanced Research and Development Authority, part of HHS, bringing “the US government’s total commitments for early access to mRNA-1273 to up to $2.48 billion,” the press release said.

Under this agreement, the US will own “100 million doses of the vaccine with the option to acquire more,” the HHS fact sheet said, noting that this vaccine is the first government-funded vaccine to enter Phase Three testing.

While this may be the first Covid vaccine that UM is testing, Dr. Doblecki-Lewis said the school, as part of the National Institute of Health’s Covid-19 Prevention Trials Network, is ready to open more trials for promising vaccines.