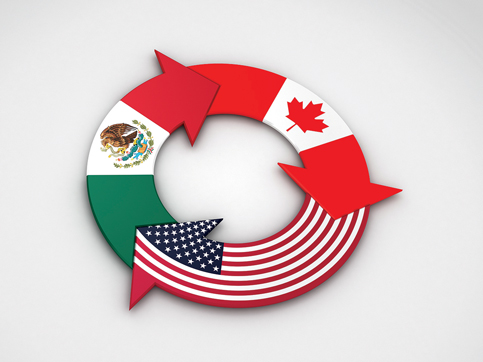 Canada is one of Florida’s top trading partners, and the US-Mexico-Canada Agreement that took effect July 1 will continue to bring that relationship into the 21st century, said Susan Harper, Canada’s consul general in Miami. Multiple trade shows and events were planned to bolster that partnership this year, she continued, and many of these events will be moved online due to Covid.

Even before the new agreement, Ms. Harper said, Canada and Florida fostered a strong trade relationship spanning diverse industries. For example, she said, one of South Florida’s largest exports to Canada is service. In fact, she continued, Canada is Florida’s number 1 source for international tourism.

Many Canadians also own homes in Florida, Ms. Harper said, which has led to a great deal of communication with Miami realtors as well as joint events aimed at connecting realtors from South Florida and key areas of Canada. Due to Covid concerns, these events have started to move online, producing benefits.

“What was fantastic was the advantage of a virtual trade mission,” she said. “We had (about) 800 participants” at the most recent event. While in-person missions have some huge advantages, she continued, new technologies have great potential and will probably continue to play a role in the way business is done.

Another program that may soon go online, Ms. Harper said, is the Canada-Florida “Smart Cities Roadshow,” which brings Canadian technology companies in sectors such as wastewater management and transportation to showcase their “smart” products in Orlando, Tampa and Miami.

“We brought companies with the kind of technology that our Florida partners indicated that they were interested in,” she said, “(and) that’s been very interesting for us.” While details are still being worked out, Ms. Harper said, plans for a digital show are already being looked at.

A third key event for Florida-Canada trade is the “Americas Food and Beverage Show and Conference,” at which Ms. Harper says Canadian companies historically have 30 to 40 kiosks. This event is scheduled for Nov. 2-3  at the Miami Beach Convention Center, and is hosted by the National Association of State Departments of Agriculture and the Foreign Agricultural Service. As of now, the show’s website makes no mention of virtual arrangements, though Ms. Harper said it may be moving toward a business-to-business model.

While the North American Free Trade Agreement certainly spurred a great deal of trade between Canada and Florida, Ms. Harper said, the US-Mexico-Canada Agreement was important in that it addressed relevant concerns such as E Commerce and service industry trade.

“We like to joke,” she said, “that when we negotiated the first NAFTA, Amazon was just a river.”

“It’s important to recognize we’re starting at a pretty solid place in terms of trade,” she said. The new agreement, she continued, expands on digital trade and increases “access” for marginalized groups, “including minority exporters,” who may not have reaped the benefits of the first agreement. It also takes a closer look at the concept of service as an export.

It’s more challenging, Ms. Harper said, to conceptualize the idea of services crossing borders as an export as opposed to goods.

To provide communities with a better understanding of the differences between the two three-nation trade agreements, she said, the Canadian Trade Commissioner Service, the consulate’s commercial arm, plans on “working with local partners and stakeholders in Florida this fall to do a series of webinars, (presentations) and outreach on the key differences.”

While Ms. Harper said Canada and Florida enjoy a strong trade relationship, she added that Canada would not shy away from retaliating against the US if the aluminum tariffs issued by the White House on Aug. 6 (effective Aug. 16), which impose a 10% tariff on Canadian aluminum, remain in effect.

“I want to mention,” she said, “that (those) are clouds on an otherwise pretty bright horizon.”