Advertisement
The Newspaper for the Future of Miami
Connect with us:
Front Page » Transportation » Ratings of new Miami-Dade Transit bonds indicate ‘resilience’ 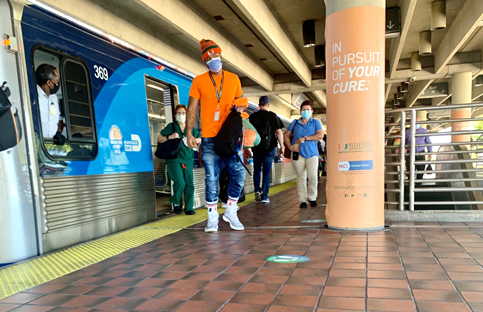 Fitch Ratings has given a pair of new Miami-Dade transit bond series that together total about $790 million “AA” ratings and “stable” outlooks despite an economic downturn that the agency says will worsen before it improves.

In an Aug. 3 report, the credit-rating group assessed two forthcoming county bond issues: series 2020A, a $239.6 million issue whose proceeds will fund various transportation and public works projects; and 2020B, a $550 million issue that will refund and replace bonds the county issued in 2012.

Both series are backed by a lien on revenues from the countywide half-percent sales surtax known as the “half-penny,” which voters approved in 2002 along with projects collectively called the People’s Transportation Plan.

Miami-Dade’s revenue growth has been “very healthy” but will “face challenges” because, although the county’s economy is “large and diverse,” it remains “sensitive to downturns in tourism, trade and transportation.”

Huge hits to the county’s leisure and hospitality sectors, closures of hotels and travel destinations and steep falloffs in air and cruise travel, compounded by a high poverty rate and a “significant commercial real estate” tax base with a “volatile track record” is cause for near-term uncertainty, Fitch personnel wrote.

That uncertainty is underpinned by ongoing coronavirus-related problems, particularly in the US, where, in its baseline scenario, Fitch expected ‘sharp economic contractions” in the first half of 2020 “at a speed and depth that is unprecedented since World War II.”

“The South Florida economy is exhibiting larger declines in consumer spending and a higher number of newly reported Covid cases compared to the state and US,” Fitch personnel wrote. “While the near-term outlook appears weak, the county’s economy has demonstrated an ability to bounce back from past challenges leveraging various intrinsic strengths including its deep trade and transportation infrastructure, access to Latin American markets and a resilient demand for domestic and international tourism.”

A memo from Deputy Mayor Ed Marquez said the 2020A series, which will reach full maturity in July 2050, will fund:

■$6.5 million in Metromover and Metrorail projects.

The 2020B series, which will refund outstanding bonds while not prolonging their July 2042 final maturity, Mr. Marquez wrote, will save the county $60.2 million, or 12.9% of the amount of the refunded bonds.