Advertisement
The Newspaper for the Future of Miami
Connect with us:
Front Page » Business & Finance » Despite pandemic, financial jobs rock solid 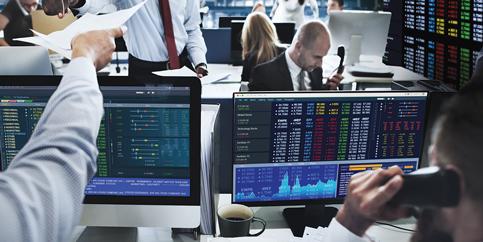 For many in Miami-Dade, money is tight and employment tentative amid a lingering global pandemic now in its fifth month. But while some industries have seen steep declines in workforce rolls, one sector has thus far remained largely immune from the crisis’ effects.

Miami-Dade’s unemployment rate was 11.5% as of June, the last month for which there is available data from the US Bureau of Labor Statistics. The rate wavered only slightly in April and May, from 11.8% to 12%, respectively.

But over that same period, employment in the financial activities sector barely budged. Jobs in finance fell from 81,700 in March, when the pandemic hit, to 81,400 in May – a 0.2% differential.

The trend extends across South Florida. Banking and finance employment across Miami-Dade, Broward and Palm Beach counties – a roughly 188,000-job sector – was just 0.1% less in June than in the year prior, the smallest dip among 12 job sectors the bureau examined.

Much of that resiliency is due to how flexible the industry and its workers have become as a result of widespread use of mobile and web-based banking solutions, said Manuel Lasaga, president and co-founder of consulting firm StratInfo.

“Many of them [have been] working at home since the pandemic started,” he said. “It’s not like a factory, where workers have to be present, and they’ve been able to keep producing and generating revenue for the banks.”

And counter to what some might assume, the transition of some key banking services from physical to digital doesn’t necessarily lead to fewer jobs.

Rather, said Tony Villamil, founder and principal of consulting firm Washington Economics Group, the change in service just calls for a different sort of workforce.

“It’s a shift toward software developers and high-tech employment versus more manual work,” he said. “What will be interesting to see is if the rate of employment growth in financial services will slow to more of a flattening of the curve as opposed to a decrease.”

Banks during the pandemic have been pivotal in helping struggling businesses stay afloat through the Paycheck Protection Program (PPP), a part of the federal Cares Act that provided companies with loans that, if they adhered to certain strictures, are up to 100% forgivable.

“Banks were an important piece of channeling government support, providing small businesses the oxygen they needed to get through the summer,” said Dr. Lasaga, a clinical professor at the FIU Department of Finance.

While bank employment has evaded much of the pandemic’s brunt, banks’ bottom lines have hardly gone unscathed. In the second quarter of 2020, he said, bank earnings dipped in tandem with a drop in economic activity across the board.

That could become an issue as some loans turn problematic for banks whose borrowers aren’t making money and can’t pay them back within 90 days, if at all. Such loans are classified as nonperforming, because they generate no payment and, consequently, no accrued interest.

“Bankers have already determined at this stage that a number of loans may not be able to be recoverable,” he said.

Fortunately, there are far fewer nonaccrual loans now than during the last recession. However, one characteristic the two economic crises likely share, he said, is that recovery will be slower than many hope, particularly when considering the surge in Covid-19 cases Miami-Dade experienced after Mayor Carlos Giménez’s problematic reopening in June and July.

Once another reopening attempt happens, Dr. Lasaga said, it probably won’t be to pre-pandemic levels. Businesses operating at half capacity means less money flowing in and out of banks, and banks will prepare and respond accordingly.

“Banks will reserve more,” he said. “That could mean losses, and those losses could mean banks laying off employees.”

Of course, a coronavirus vaccine could upend many negative projections, but the longer it takes to arrive, the worse the damage will be, said Dr. Villamil, a former undersecretary and chief economist for the US Department of Commerce who previously served as dean of the St. Thomas University School of Business.

“If we have a vaccine, we’ll be able to go back to growth in financial services,” he said. “But if it’s delayed a year or more and you have more cases, problems, shutdowns and isolation, that could affect the growth rate.”

For now, all job sectors are in something of a holding pattern, with each reopening attempt risking an explosion in coronavirus cases, necessitating another shutdown – rinse, wash, repeat.

Although there is another option, Dr. Lasaga said. If more people began to use masks, observe social distancing recommendations and take other smart precautions, our recovery could, in due time, resemble that of other countries where such steps were taken.

“It still won’t be everyone [who does it], but if that holds, reopening could continue at a slow pace, as would recovery,” he said.

Something observers should watch for, with present interest rates negative when adjusted for inflation, is bank mergers and acquisitions, Dr. Villamil said.

Often during these conditions, banks will look to grow their financial footprints either by absorbing smaller operations or joining forces with others of comparable size. The unfortunate byproduct of that activity, for employees, is staff downsizing.

“Major players may be getting ready for strong growth, and the best way to do that is to acquire and merge,” he said. “But that causes unemployment. You grow bigger, but you have to lay off workers who are redundant.”