Advertisement
The Newspaper for the Future of Miami
Connect with us:
Front Page » Top Stories » Miami-Dade advised to fast-track transportation projects now 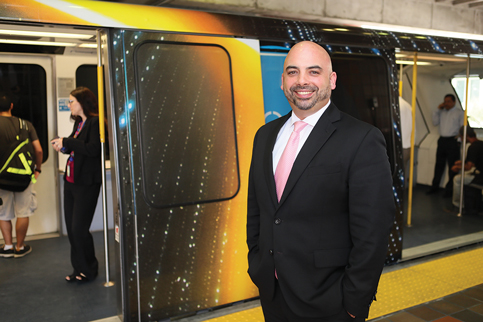 The county for years has sought hard-to-get dollars from Washington to help pay for its myriad mobility projects. Now, with hundreds of millions delivered here to help keep things running – and possibly more to come – the county has rare opportunity to advance big-ticket projects it otherwise wouldn’t as easily be able to do.

“My God, some of the projects we’re pursuing are expensive, and federal dollars are very difficult to get,” Mr. Betancourt said. “Now, with the federal government really opening up its purse, we need to be ready with shovel-ready projects to be able to leverage those opportunities as they arise.”

Most of the county’s priciest mobility projects are in the Strategic Miami Area Rapid Transit (Smart) Plan, an initiative local lawmakers adopted in 2016 to upgrade six congested commuting corridors across the county with new transit modes.

To date, only the South Corridor, which runs from Kendall to Florida City, is fully funded – $300 million split equally among local, state and federal dollars – for an upgrade to “gold standard” bus rapid transit by 2022.

Local money for the South Corridor came from the “half-penny” sales surtax voters approved in 2002 to expand transportation countywide. The CITT, created by the same ballot referendum, oversees funds generated by the tax.

Despite steady, year-over-year drops in system-wide transit preceding preceding the pandemic, as well a 66% dip in use in May (the most recent month for which number from the county are available), Mr. Betancourt said the Smart Plan still makes sense.

“Those corridors are long-term objectives that have been promised and embraced by the community for a long time and are an essential component of making sure our transit system serves the needs of the public,” he said. “We won’t see any changes to the Smart Plan other than perhaps looking at what tech may make sense in this new world.”

Miami-Dade and its 34 municipalities should also redouble efforts to make streets bicycle-friendly and encourage public and private organizations to provide related accommodations, he said – especially now, when the bike business is booming.

“We need to build bike infrastructure that’s safe, connects people to work and schools, and we need amenities at those sites so people can shower and store their bikes there, etc.,” he said. “This is a unique opportunity to really get a percentage of the population to embrace that.”

County Transportation and Public Works Director Alice Bravo agreed that some of the Smart Plan corridor upgrades – including a nearly $2 billion Metrorail expansion being contemplated for the North Corridor – could be comparably served by cheaper alternatives.

“If you can provide the reliable service, the comfort, the station amenities and economic development benefits at a lower cost, and now you have resources that you can spread to multiple corridors, that seems like a logical course of action,” she said.

Mr. Chougle said his group has postponed a planned audit of the Smart Plan to instead focus on helping county transit adapt to public needs during the pandemic.

“But [the audit] still needs to happen,” he said. “Leaders need to look at these cost figures in the face and determine if this is the most effective way to meet the most needs as possible, to move the most people as possible in the most effective manner and connect them to the greatest number of opportunities.”