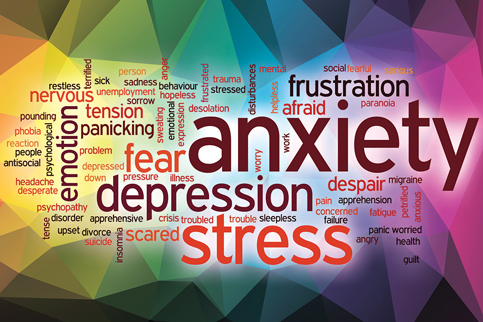 As one of Florida’s coronavirus hot-spots, Miami-Dade is seeing an increase in crisis services, said Melanie Brown-Woofter, president and CEO of Florida Behavioral Health Association, though she says it’s not yet clear whether this is because the acuity of mental illnesses is higher or patients have waited longer to make an appointment instead of seeking professional help at the onset of depression or psychosis.

In addition, she said, “Our provider members are dealing with reduced staff due to fatigue or staff members testing positive and being quarantined. We are in the cross-hairs right now – and the end is not in sight.”

“There’s a debate going on about whether there’s an increase in mental health issues or we’re just now seeing the scope of it,” said Travis Singleton, executive vice president of Merritt Hawkins, one of the nation’s largest physician recruiting and placement firms. “Mental illness is often misdiagnosed, and many patients are not getting the right kind of care.

“The full weight of this pandemic is yet to be felt, but there are early indicators. For example, there have been huge spikes in prescription drug use since February pretty uniformly across the US, and we know this is the first sign.”

In a recent study by the Kaiser Family Foundation, Mr. Singleton said, 53% of Americans said the coronavirus has affected their mental health. “We weren’t staffed to meet the need before,” he said, “so we are clearly understaffed today.”

The shortage of qualified physicians in psychiatry is the second highest among all medical specialties, he said – and 60% of active psychiatrists are 55 or older.

“The boomers are starting to retire at the worst time,” Mr. Singleton said. “Of the psychiatrists we do have, many only offer outpatient services – ‘sitting on the black couch’ psychiatry – rather than the treatment of specialized mental health issues. We saw this first in VA hospitals, with soldiers coming back from war zones. The pandemic is not a war, but it does require specialization.”

Figures vary depending on the source materials used, but various reports of Florida’s expenditure on mental health agree that it’s among the stingiest of states. Its funding in 2019 of around $37 per capita ranks lowest or next to lowest in the nation.

However, Ms. Brown-Woofter said, when it comes to telemedicine, Florida is ahead of the curve.

“Florida has had telemedicine as a treatment paradigm for many years now,” she said. “This has resulted in greater and more timely access. Providers can serve more patients with existing staff. With no travel time, there are fewer no-shows, so we can be more efficient in scheduling. Where children are concerned, telehelp also helps get the family involved.

“Medicaid and the state Department of Children & Families have introduced some flexibility and lifted some service limits in order to make access more available. That’s made a lot of difference.”

Telephonic services are also on offer, Ms. Brown-Woofter says. Member providers have established free crisis lines. “Some patients are hesitant to make an appointment that will go on their medical record,” she says, “Maybe they’re applying to college or the military. Calls to a helpline, however, aren’t recorded.”

Community Health of South Florida has a homegrown solution to the chronic psychiatrist shortfall: it trains its own. Two new psychiatrists now on staff were June graduates of the Brodes Hartley Jr. Teaching Health Center – the first community health facility in the state to be awarded that designation. The program is funded by a grant from the Health Resources & Services Administration, under the Affordable Care Act, to help develop physicians in areas of great need. Faculty members were assembled though affiliations with many local partners, including Larkin Community Hospital, Nova Southeastern University and Jackson Health System.

“We’ve had a 32% reduction in patient encounters as a result of Covid-19,” said Col. Brodes Hartley Jr., Community Health’s CEO. “We’ve implemented telemedicine, and that helps us to see more people than we normally would.

“Locally we have a large population of people with mental illness, and because there is no cadre of professionals to take care of them, these people are not getting the care they need to overcome or cope with their illnesses and go on to live successful lives.”

In response, in June Community Health held a virtual celebration of the groundbreaking for the Dr. Jacquelyn T. Hartley Children’s Crisis Center, which will specialize in treating children who have been victimized by abuse or exhibit severe psychological issues. The new facility is to rise on Community Health’s main campus, 10300 SW 216th St.

With site preparation complete, shovels are now in the ground, Col. Hartley said, in anticipation of an October 2021 opening.