Advertisement
The Newspaper for the Future of Miami
Connect with us:
Front Page » Opinion » Unite to protect, seize opportunities in virus game-changer

We are about to add Covid-19 to a short list of Miami’s historic game-changers. We don’t yet know how, but major change seems inevitable and we should unite to channel the future for community betterment.

Will the pandemic’s shutdown become the tipping point at which long-drive commuting changes to a live-work-play neighborhood style of life for many of us, turning Greater Miami into clusters of smaller “villages”?

Will the old 9-5 five days a week of work with two days off morph into a lifestyle where one day is much like any other, with work and personal time interspersed throughout more hours of every day?

Will the visitor industry adopt new modes that cater as much to people across the state and even the county as they do to people around the globe?

Some in high positions predicted Covid-19 would exit by now, yet it is increasing its grip. Predicting its trajectory and intensity today is a guess or a hope, not a certainty. But we certainly do not have it under control.

Moreover, even were the pandemic to disappear tomorrow, the specter of future health or nature-related crises would linger, altering our thinking as we make lifestyle decisions. If a pandemic can change Miami’s game, for example, what about a sea level rise whose impact – like that of the pandemic – was vastly underestimated or ignored by government leaders for far too long? Is there a parallel?

Covid-19 will be, by my reckoning, the 12th watershed in Miami’s history, the points at which events or conditions caused fundamental community change. We don’t yet know what changes, but the pandemic and its aftermath certainly portend fundamental alterations.

To put what we face today into perspective, let’s examine past pivotal conditions or opportunities that changed Miami forever. My list of those game-changers over the past century and a quarter (your list may differ) shows that:

1. Henry Flagler’s railroad reshaped Miami. The city was incorporated, and a county of 400 residents in 1896 grew to 2.7 million in the next 12 decades.

2. Widespread automobile ownership created mobility that brought in newcomers and facilitated a population spread – or urban sprawl – that moved residences into what was once Everglades.

4. The aviation boom brought visitors from around the nation and the globe, permitting Miami to become a global city because of its pivotal geographic positioning. Moreover, much of the aviation business was centered right in Miami.

5. World War II and the returning veterans it sent our way flooded Miami first with hundreds of thousands of service personnel and then with an unprecedented population boom as many of them returned to live here. In one small instance of change, Key Biscayne held nothing but nature until it became a low-cost residential community for ex-GIs.

6. Air conditioning created comfortable year-around living in a community that had previously been a winter resort for the wealthy.

7. Mosquito control did much the same as air conditioning, making comfortable lives possible for everyone, even in summer.

8. Castro’s rise sent here hundreds of thousands of Cubans who enriched Miami and changed the culture to multilingual. That new population helped Miami to become a hemispheric and global beacon, changing a southern city forever. The global ties eventually created a trade and banking hub for the hemisphere.

10. The Mariel boatlift added 125,000 Cubans to Miami in a few months, concurrent with the arrival of about 50,000 Haitians. That tipping point in government ripped political power from the old establishment. 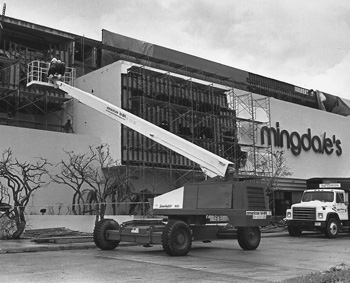 After Hurricane Andrew tore through the county, community-wide rebuilding followed. 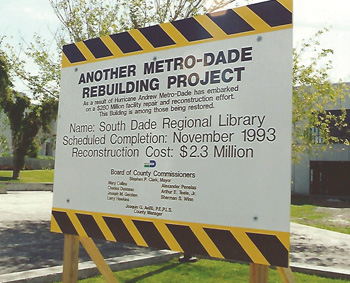 11. Hurricane Andrew tore up southern Miami-Dade County in 1992. We avoided long-term economic disaster only because a coalition of business, civic and government leaders quickly formed We Will Rebuild and jointly pulled the community up by its bootstraps. Without that leadership, recovery might have taken decades.

How the aftermath of the pandemic will play out in Miami depends to a large extent on community leadership. So far, broad leadership has been the missing ingredient, as individual groups and communities set their own rules.

Leadership can help define a better future and set us on a path to get there. If you don’t know where you want to go, taking any old road is okay because you’ll wind up somewhere, good or bad. Lacking a vision, anything at all can look good as a future. Nature abhors a vacuum of ideas and fills it – but seldom well.

We desperately need cohesive leadership in government and in civic affairs to effectively battle the virus today and to lead us forward on the best possible economic path for tomorrow. Even the worst of times offer opportunities to a better tomorrow, but it takes leadership to move a community to seize the opportunities.

Real leaders would examine Miami’s past watersheds for indicators of future changes and factor in how past successes can mesh with the current crisis. If we embrace a shared vision Miami can and will prosper more quickly. Only united will we stand tall.

How the post-pandemic game changes for Miami depends on what road we travel. If each of 30-plus municipalities plays by its own rules on masks and curfews (because the federal and state governments won’t lead), and if we don’t unite to seek specific opportunities, the watershed here might be metropolitan disintegration – hardly a recipe for a healthy urban area.

Masks and social distancing and curfews are the easy parts, the protection. The hard parts will be recovery and advancement. If we can’t unite on the simple stuff that’s common sense, how can we unite on rebuilding business and the economy?

The last thing we need is today’s leadership-less program of every man for himself. There couldn’t be a worse game-changer. United we stand; divided is unthinkable.