Advertisement
The Newspaper for the Future of Miami
Connect with us:
Front Page » Communities » Trump National Doral hurricane shelter blown away 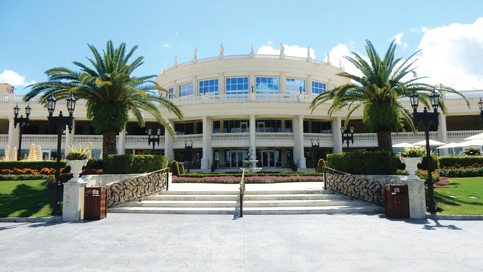 Negotiations for Miami-Dade to lease Trump National Doral Miami hotel rooms as hurricane shelters are dead, according to the county department head who launched talks of the possibility.

“[It’s] over. Trump Doral backed out,” he said by email. “If they remain open during a hurricane situation, they will have only limited staff. So, at this time, the hotel will not participate in any special program.”

Mr. Rollason told Miami New Times July 9 that the county was negotiating with Trump Doral and was also looking at other hotel properties as possible makeshift shelter options.

The reason: traditional group sheltering for extended periods could cause a spike in novel coronavirus cases.

With shrinking hospital space now and fewer beds likely to be available after a hurricane, sheltering families and individuals in separate rooms to stem the spread of the virus has been floated by some as a potential solution.

It also tracks with an ongoing program, reported on by several local media, through which the county is paying almost $328,000 a month for more than 300 hotel rooms for homeless residents and others unable to socially distance.

While Mr. Rollason said earlier that his office was seeking deals with other hotels for similar purposes, he said Tuesday that, for now, all evacuation centers here are public schools.

Had the county and Trump Doral reached an agreement, it wouldn’t have been the first time in a year’s span that government funds were earmarked for President Donald Trump’s resort property.

On Oct. 17, 2019, Mr. Trump’s then-chief of staff, Mick Mulvaney, announced that the 2020 Group of Seven (G7) summit would be held at the Trump Doral in June. Two days later, citing “irrational hostility” around choosing his own property as the summit site, Mr. Trump said the event would instead take place at Camp David.

As Covid-19 cases rose, Mr. Trump ultimately postponed the G7 to September. Whether it will take place in person or by remote video conference is still undecided.