Advertisement
The Newspaper for the Future of Miami
Connect with us:
Front Page » Opinion » Forget coulda woulda shoulda and hail South Dade transit

The good news is that after years of wishing and begging, they’re about to get new, fast, comfortable, reliable mass transit that could save them an hour or more every workday.

The bad news is that the transit system’s name contains the word bus.

That’s been the issue for years: a 20-mile transit corridor linking Florida City to Kendall could relieve drivers of a teeth-grinding, traffic-choked drive on US 1 right beside the transitway, but everyone wanted rail because nobody wanted to ride a bus.

When county transit planners two years ago finally decided that buses were far more affordable and could be running years before rail was even funded, much less constructed, the outcry was loud: we want rail, so why are we second-class citizens?

It’s clear we’re talking about a major constituency here. South Dade is about the geographic size of Broward County to the north, and South Dade contains about a third of Miami-Dade’s population. This is not a community to treat as second class.

The fact is, however, that this is not second-class treatment. All things considered, it’s very first class indeed.

When county commissioners vote Sept. 1 on a $300 million overhaul of the 20-mile, two-lane county-owned busway that links Florida City to Kendall, they will send into rapid motion (at least, as fast as government here moves) the first of the county’s six planned new transit legs in the so-called Smart rapid transit plan that was approved four years ago. 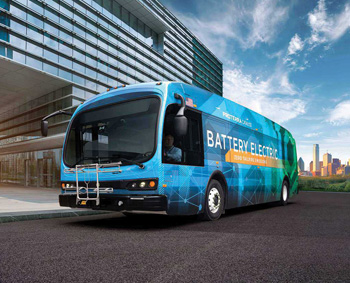 Next steps include getting brand-new, ultra-quiet electric buses for the route, which is to have 14 climate-controlled stations and level platforms like a railway so passengers don’t have climb into and out of the buses. Traffic signals have to be set up to bar auto traffic and crossing arms are needed at 45 intersections.

The whole thing is expected to operate just like a railroad and be just as fast, but be finished years earlier than rail could have been and cost about a billion dollars less.

The plan is first class in every way. The money is in hand. And passengers in South Dade will be commuting years before those on any of the other five planned new transit legs. 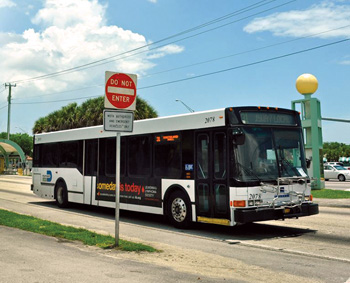 South Dade Transitway will get a significant upgrade with 14 climate-controlled stations.

When the concept of what is called “Gold Standard” bus rapid transit was approved for the south corridor, county planners agreed orally – this is not engraved in stone – that once ridership rises to 35,000 trips a day the route will be converted to rail.

But you don’t want to hold your breath waiting.

A 35,000 total sounds reachable, but in May the entire county bus system averaged only 66,624 trips daily, so reaching 35,000 would require adding more than half of total
bus travel.

May, of course, was during the pandemic and isn’t a great yardstick. But even if you go back to May 2019, reaching 35,000 riders would still mean adding 25% to total county bus use. That’s a very tough trick.

The pandemic and its subsequent economic slide, however, tell us something else about the impact of choosing South Dade transit that can get moving now: it might be the last new transit leg we see for many years.

Commuter rail expansion plans in the north part of the county depend heavily on private Brightline, soon to be named Virgin Rail. But Brightline shut down entirely in the pandemic and hasn’t announced any plans to get going again. At best, this shutdown will slow county rail expansion. At worst, it could end up killing the whole concept of working with a private rail line to expand.

On the other hand, unless county commissioners unexpectedly steer bus rapid transit into a ditch on Sept. 1, South Dade commuters will be riding 20 miles on electric buses and changing to Metrorail in Kendall to get to downtown and Brickell years before a new rail deal could even be signed.

If commissioners move forward as we should expect Sept. 1, they will leave a legacy. As Dennis Moss, who represents much of South Dade, noted, selecting buses rather than rail is half a loaf. But that’s better than none, which might be the fate of other county transit corridors in the aftermath of the pandemic-induced economic slump.

Esteban Bovo Jr., who with Mr. Moss and five other commissioners will leave office this fall, vowed as county commission chairman to get a new transit leg going before he ended his chairmanship in 2018. As it is, he and the others can at least get South Dade transit approved before they leave office.

Sure, everyone wanted the first transit leg to be rail, what they saw as the gold standard in commuting. Bus has always been a bad word, the thing that other people ride but we wouldn’t be caught dead on.

But these electric buses on a dedicated 20-mile transitway are not the smelly, noisy, dirty and painfully slow diesel rides that you might imagine (true or not) from a city bus system.

In a coulda woulda shoulda world, South Dade is missing out on wonderful new trains.

But in the real world of finances, opportunities and now pandemic economics, South Dade is about to hit the transportation jackpot. We rank that as 100% good news.