Advertisement
The Newspaper for the Future of Miami
Connect with us:
Front Page » Government » Miami-Dade advised to sue over forever chemicals 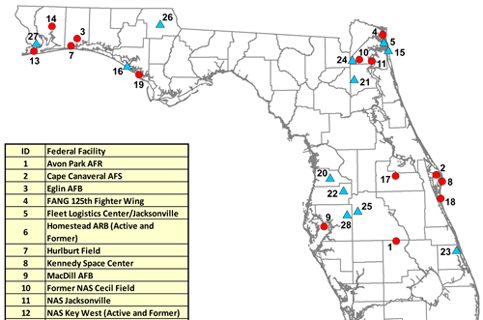 Miami-Dade has sufficient legal standing to sue – and should sue – the makers of so-called “forever chemicals,” a class of some 4,000 substances prevalent in the water supply linked to cancer and birth defects, County Attorney Abigail Price-Williams has confirmed.

A recommendation from Ms. Price-Williams’ office for the county to join an existing class action lawsuit should reach the county commission this month, Commissioner Daniella Levine Cava said.

“As long as the commission signs off on it, the contract can be signed, and attorneys can get to work,” said Ms. Levine Cava, whose Feb. 4 resolution directed Ms. Price-Williams and staff to evaluate the viability of legal claims against the companies, whether Miami-Dade should join others or go alone, and find outside legal representation.

Poly- and perfluoroalkyl substances, or PFAS for short, are a group of man-made chemicals used since the 1940s in countless commercial products, from food wrappers and nonstick cookware to water-repellant clothing and fast-acting, fire-retardant foam.

The chemicals don’t biodegrade easily, leading to buildups in the environment, including groundwater, for decades. While domestically made products haven’t used PFAS since the early 2000s, they are still used in imported goods.

Kevin Lynskey, director of Miami-Dade Water and Sewer, told Miami Today that of 95 water wells within the county, 70 showed some levels of PFAS and six showed high rates of more than 70 parts per trillion.

Of those six, the county removed three in Miami Springs from production but kept three others in Hialeah online because shutting those down as well, he said, would further contaminate other sources.

“We wanted to remain functioning,” he said. “We shared that info and [the Department of Environmental Resources Management] knows about it as well.”

The US Environmental Protection Agency recommends a lifetime health advisory level for PFAS of 70 parts per trillion – equal to 70 grains of sand in an Olympic-size swimming pool – but has yet to establish a maximum contamination level or regulation.

The Florida Department of Environmental Protection has yet to establish a maximum contamination level or regulations for the chemicals. A department web page says that while “there is some evidence” people can develop cancer from exposure to PFAS, which on average “can remain in the body between two and nine years,” “studies on humans and animals are inconclusive” and “further, intensive research is needed to know for sure…”

An August 2018 study by the Centers for Disease Control and Prevention found, among other details, that the Environmental Protection Agency’s health advisory level overestimated how much PFAS humans could ingest without health risks.

And nearly all Americans still have PFAS in their bloodstreams, another report by the centers’ National Health and Nutrition Examination Survey found, though subsequent studies suggest blood levels of the substances have dropped.

Ms. Levine Cava explained that the county attorney’s report, due back in May, was delayed by Covid-19 emergency efforts.

“This is something that has been of great concern since we learned about it, and we wanted to move forward as expeditiously as possible,” she said. “Covid was a setback, and fortunately the attorneys decided to go ahead and solicit bids, so we’re not just going to be discussing whether or not to have a lawsuit but who will handle it.”

One Response to Miami-Dade advised to sue over forever chemicals