Advertisement
The Newspaper for the Future of Miami
Connect with us:
Front Page » Government » Near-zero fed interest rate offers opportunities 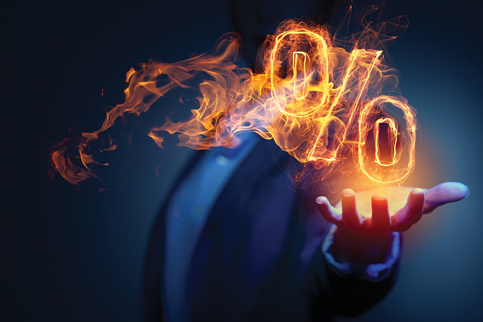 The near-zero fed rate can present a special opportunity to some, but it comes at a time of uncertainty, according to one local banker.

Bert Lopez, chief financial officer at US Century Bank, said the federal reserve rate is extremely important to how the bank, as well as the rest of the world, does business. The fed rate cut  is especially impactful on short-term rates, he said.

“The fed’s main activity is done through short-term rates and buying and selling securities. That’s how they affect interest rates in the market and provide liquidity.”

He said that on the deposit side, it affects the rates in the money markets. On the lending side, he said, it affects loans such as prime loans, and stemming from that, equity loans.

However, Mr. Lopez said the Federal Reserve moved to lower its rate because it expected economic activity to come to a grinding halt. In order to get the economy going, the fed wanted to make borrowing money cheaper, he said.

When asked who could benefit from the low activity, he said that home equity loans are as cheap as they’ve ever been.

“I think people who have a higher rate of a current mortgage should strongly consider refinance,” he said. “And those folks that may be looking for a home, this is probably a good time from interest-rate perspective to buy a home.”

He said that on the commercial side, strong companies with good products and good cash flow can take advantage and lower their existing cost of debt or apply for new debt. He said the low rates also reflect on the Paycheck Protection Program loans, which can be forgiven if certain requirements are met, but they also have a 1% interest rate.

“By offering those to our customers and certain non-customers, we were able to close $109 million worth of loans for almost 6,000 people and we were able to impact over 17,000 jobs by using this program.”

But Mr. Lopez also referred to the current uncertainty as Covid-19 continues to pose a threat. He referred to the early 2000s before the Great Recession when credit was cheap and people took on too much homeowners’ debt.

“I think the word unfortunately still now has to be cautious,” he said. “There’s concern that maybe there’s a second [Covid-19] wave coming. Will that restrict economic activity again and put us in the same position we were second half of March? That would be difficult across all fronts.”

However, he’s hopeful that the economy will pick up in the third or fourth quarter. He said US Century Bank will continue to work with customers to meet their needs.