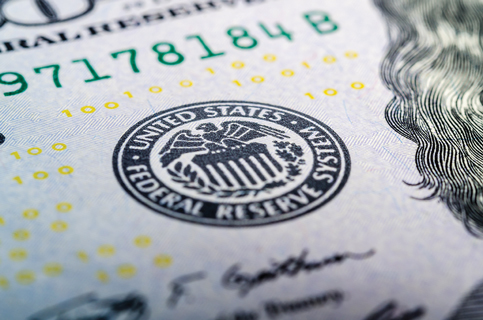 Recent changes to the Main Street Lending Program will make the Federal Reserve-backed loans more appealing to small and mid-sized businesses that were relatively stable before the pandemic took its toll, local experts say.

The Fed announced June 8 that the Main Street Lending Program would cover loans as low as $250,000 (down from $500,000) and extend the repayment term from four years to five. For South Florida financial advisors, attorneys and accountants, this has resulted in an increase in inquiries about the newly-adjusted program, which some compared and contrasted with the Payment Protection Program for reference.

“The PPP was designed to be a shot of adrenaline for a business that was failing,” said Andrew Demers, a partner in the banking and real estate practice group at law firm Weiss Serota Helfman Cole and Bierman who focuses on advising small and mid-size businesses on commercial lending. “This is really designed to be more of a rehabilitative type of loan product to allow someone to recover over the next several years.”

Adam Brooke, a managing partner and executive consultant at Miami-based international management consulting firm Brookewealth Global LLC, said that roughly 40% of the calls he fields each day concern either the Main Street Lending Program or the PPP. However, he said, since the new changes were approved an increasing number of these calls have centered on the Main Street program.

“Basically,” he said, “(the program) is to help small or medium-sized businesses get back on track.” These companies need assistance fast, he continued, and the program will help them obtain capital without having to jump through hoops.

Cutting the minimum loan amount in half, he said, was a big deal as it gave smaller businesses that didn’t need a $500,000 loan a chance to compete in the market and receive much-needed funds.

However, Mr. Demers noted, the new minimum is still too high for many small companies. “It’s not designed for the smallest businesses,” he said, “and there’s been a lot of pushback against the Treasury Department and Congress to change that.”

Mr. Demers added that the PPP evolved over time to more inclusively reflect the needs of the economy, and said he believed the Main Street program may follow suit. “Once the program (gets underway) there may be changes… to account for real-time, real life circumstances that cause Congress to act,” he said. One possible change, he continued, could include further lowering of minimum loan requirements.

David Goldweitz, a CPA and senior director of tax and accounting services at Fiske & Co., said the new loans would be especially helpful for companies that were on solid footing before the pandemic. “It’s good for (businesses) that were in good financial health prior to (Covid-19),” he said, “that need some assistance beyond the PPP loan to help them get healthy again.”

Borrowers, he added, should be truly small to mid-size, as the Federal Reserve mandates loan recipients have either fewer than 15,000 employees or less than $5 billion in revenue in 2019. According to Mr. Brooke, most businesses that approached him about this loan had at least 30 to 50 employees.

While the loan process will be streamlined and the Fed will absorb 95% of the risk from new loans, Mr. Brooke said, qualified lenders will still be looking at companies’ credit history before approving borrowers. It will be difficult, he continued, for businesses that were losing money prior to the outbreak to receive these funds.

“There’s been a tremendous amount of interest by our mid-sized business clients on the Main Street program,” said Mr. Demers. One advantage  of the program, he continued, is its “extremely favorable commercial repayment terms.”

Indeed, according to the Federal Reserve’s website, “principal payments (will be) deferred for two years and interest payments deferred for one year.” In the third and fourth years, borrowers will be responsible for 15% of the loan, followed by a balloon payment of 70% in the fifth year.

However, Mr. Brooke said many borrowers would pay off this loan well before year five. “The interest shoots up on the fifth year,” he said. “Most companies, I would think, would have this loan repaid in two to three years.”

Mr. Demers advised business owners considering the program to exercise “due diligence,” including speaking with CPAs or advisors, and said the application process would be similar to that of any commercial loan. He also suggested looking to familiar sources when it comes to finding a qualified lender. “If you have an existing relationship with a bank,” he continued, “you want to start with them and see if they offer the program.”

At the moment, he said, the Main Street program has not generated as much interest as the PPP because it is not forgivable. “But,” he added, “when businesses look at the terms and (the fact) that very little payment is due in the first two years and the interest rate is extremely favorable, I think it’s going to end up being (very successful).”

One key difference between the Main Street and PPP programs, Mr. Goldweitz pointed out, is that there are no restrictions concerning how the funds for the former can be spent. “You can use it for almost anything you need in terms of working capital,” he said.

Mr. Brooke echoed this, noting that companies could use the Main Street funds to make renovations, implement Covid-19 safety precautions, bring back employees or boost their marketing efforts. Still, he cautioned businesses against viewing the new program as any sort of “bonus.”

“The whole program is to get the economy going and get the employees back,” he said, “but I would just warn folks to only take this loan if you absolutely need it. They defer (the interest), but when it starts happening you’re going to need to pay this back.”