Advertisement
The Newspaper for the Future of Miami
Connect with us:
Front Page » Business & Finance » Property insurance prices soaring, pandemic gets some blame 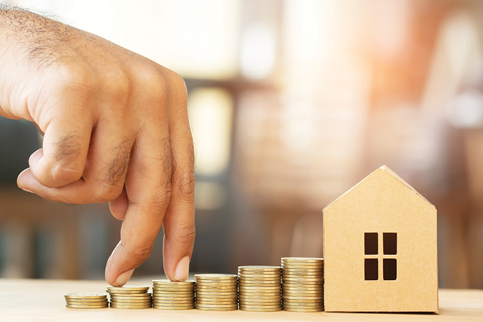 Experts say South Florida residents can expect to see an increase in prices as the market for property insurance “hardens” nationwide.

A hard market, said David Josefsberg, partner with Century Risk Advisors, occurs when some insurance companies drop out of the market due to unprofitability while others increase their premiums to remain competitive.

For the insured, this means a hike in prices. According to Mr. Josefsberg property insurance holders could see their cost of insurance upped 10% to 50% this year, depending on factors such as the age of their home or proximity to the water.
Ryan Papy, president of Keyes Insurance, said this increase is at least partly because of the coronavirus. “My belief is that the reinsurance risk statewide is going to increase 25%,” he said, referring to the underlying insurance that insurance companies themselves must purchase. “Experts are saying anywhere from 15% to 50% of that increase is due to the pandemic.”

While that is quite a big margin, Mr. Papy said the exact percentage increase a carrier sees will be determined by its stability and risk capacity. “[The pandemic] has influenced the cost of reinsurance,” he said, “and that will be passed on to the consumer one way or another beginning June 1,” which is the day carriers must renew their policy.

June 1 was also the beginning of hurricane season in South Florida, and Mr. Josefsberg said experts predict this season will be active. In fact, he said, hurricanes were potentially the biggest factor differentiating Florida insurance rates from those in other areas of the country.

Mr. Josefsberg also said he believes an uptick in natural disasters was one reason for the hardening US insurance market.

“There’s a few reasons why we’ve entered the hard market,” he said, “and the biggest has to do with global catastrophes taking place over the past few years throughout the world, not just in our country.” Flooding, wildfires and earthquakes in recent years, he said, have all led to an increase in prices across the global insurance market.

According to Mr. Papy, insured residents could lighten the possible increase of their premium by making improvements to their property such as updating windows or fixing roofs.

Another factor Mr. Josefsberg said insurance companies are looking out for right now is the presence of cast iron pipes, which have been the recent target of class action lawsuits. According to Mr. Josefsberg, these pipes are common in homes built in the 1970s and have a “shelf life” of 40-50 years, which explains the recent uptick in issues related to their use.

Both Mr. Papy and Mr. Josefsberg advised insured residents to work with trusted advisors to find the best policies on the market.

“It’s critical to have an advisor that is not only proactively finding the best coverage for you at the lowest price,” said Mr Josefsberg, “you also need to have an insurance advisor that’s providing resources to manage a claim when (clients) are faced with problems.”

“The best thing you can do is shop your policy frequently,” said Mr. Papy. “The timing is a lot of this.” The rate one may have to accept now, he said, could change in 90 days if the market becomes more optimistic.

Despite price increases, Mr. Josefsberg advised property owners against compromising their coverage. Some clients, he said, may have a tendency to reduce policy limits and raise deductibles in order to maintain the same insurance cost they held last year.

“But,” he said, “now is not the time to be compromising coverage unless you’re really in a position to self-insure, especially when we’re being told it’s going to be an active hurricane season.”

Going forward, said Mr. Papy, “Mother Nature and the global economy” will be the biggest factors in determining insurance rates over the next 12 to 24 months.

3 Responses to Property insurance prices soaring, pandemic gets some blame