Advertisement
The Newspaper for the Future of Miami
Connect with us:
Front Page » Arts & Culture » Fall eyed to premiere film on early flight from Cuba

Fall eyed to premiere film on early flight from Cuba 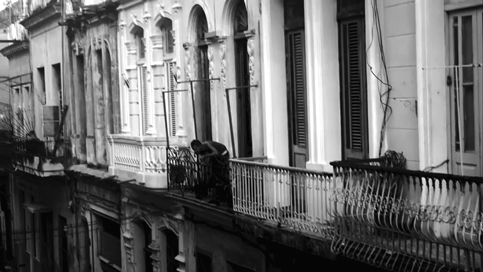 Depicting the lives of Cubans escaping the Castro regime in the ’60s and ’70s, “A New Dawn” will reopen the memory vault for children who arrived in Miami with their migrating parents, revealing stories that have not been told in over 50 years.

Originally set to premiere this month at the Mayfair Hotel where it was filmed, the documentary’s filmmaker and creator Manny Soto said he had to postpone the premiere until film festivals and viewing parties are safe to attend again, eyeing the 38th annual Miami Film Festival set for October as one of the platforms for a debut.

“It was a very traumatic time in our lives because we had to leave everything that we knew behind, including our lifestyle and in most cases family,” said Mr. Soto, who left Cuba Sept. 22, 1962 with his parents at age five.

Mr. Soto remembers how his newly arrived parents had to wake up early in the morning and try to find work. Some of those jobs were tomato and strawberry pickers and janitorial work. Immigrant Cubans would work 15-20 hours a shift and get paid only 75 cents an hour. “I call them the CEOs of what is Miami today,” he said of how Cubans began to shape Miami with their work ethic and ways of living.

“Many of them would make lines in front of hotel doors in Miami Beach hoping for the manager to yell ‘I need three for work.’ They would work setting up banquet halls and doing janitorial work,” Mr. Soto said.

His Father, Oscar, was a janitor at St. Peter and Paul School, which was the reason he went to that school free for one year, recalling how he was separated from the other American students and isolated with the other Cuban children .“I remember seeing signs on apartments building welcoming pets, but no Cubans,” he added. making it difficult to find a place to call home.

Most of first Cuban immigrants were lawyers, doctor and professionals who had to work extra hard in Miami, while thanking God and feeling grateful they had the opportunity to work, Mr. Soto said, “because they had a family to feed.”
Those were the morals and foundation that was imbedded into Mr. Soto, “to work hard for what you want and your dreams and do not expect a handout.”

Mr. Soto grew up with those strong roots and faith. In the early ’90s, he served as an intergovernmental film liaison and helped promote the film industry in Miami.

“I helped organized and direct 25 film business conferences and coordinated 10 film festivals,” he said, adding that he was also one of the founders of the Miami City Ballet and the Miami Film Festival.

“I personally orchestrated the personal introductions of heads of state, royalty, celebrities and business leaders, like Queen Elizabeth II’s visit to Miami,” he said.

Taking on the responsibility of co-producing and financing a $40,000 budget for the film, Angie Sigler said as a first-generation Cuban American raised in Miami she wanted to hear the stories and understand what the newcomers were feeling during that time.

“You can still hear the raw emotions, pain and tears as it were just yesterday what they went through,” said Ms. Sigler, who is also Mr. Soto’s niece, making it a family filming business project.

“This group of individuals were small children with no say on the matter when they escaped from Cuba with their parents,” she said. “Being born and raised here, you don’t get the chance to hear of these stories. I’m really glad I joined in to make this documentary because these stories have really opened my eyes.”

Ms. Sigler said these first migrating Cubans selflessly gave up their lifestyle and some even their lives to give a better future for their children and now grandchildren, like herself. “We need to be thankful for them because they knew what was coming and were willing to sacrifice it all.”