Advertisement
The Newspaper for the Future of Miami
Connect with us:
Front Page » Government » Miami-Dade backs bill for US bottled water tax 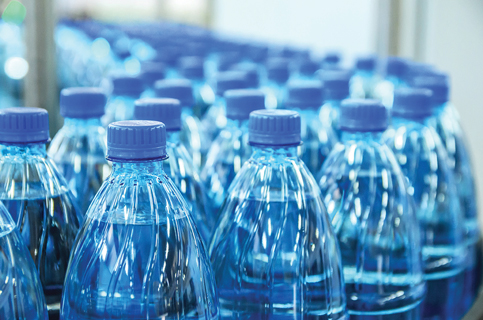 A proposed federal tax on water bottling companies that tap into public water supplies now has the backing of Miami-Dade’s lawmaking body.

County commissioners threw their support this month behind House Bill 6185, titled the “Save Our Springs Act of 2020,” voting 11-2 to approve a resolution by Dennis Moss urging Congress to pass the new law.

Florida water bottling companies like Seven Springs in Alachua County, which supplies international conglomerate Nestlé, need only to pay a one-time, $115 permitting fee to extract up to 1.15 million gallons per day of groundwater.

The bill, filed for consideration in March by Rep. Debbie Wasserman Schulz of Florida would, if enacted, impose a 6-cent-per-gallon tax on water bottled for resale from springs or underground water sources.

Funds generated by the tax would then be put into a US Treasury trust fund and be made available for federal investments in state and local drinking water systems.

“For too long, bottling companies have drained Florida’s most precious resource for next to nothing,” Rep. Wasserman Schultz said in a prepared statement March 10. “Florida’s aquifers … can’t be treated like a corporate giveaway that has infinite supply any longer.”

On May 5, Mr. Moss told his commission colleagues to watch “Troubled Water,” an episode of the Netflix documentary series “Rotten” that examines water bottling practices both domestic and abroad.

“That’s a series about how companies are basically accessing public resources – water and springs in other places – and they’re basically getting it for virtually nothing and turning around and bottling it and selling it to us, so that caused me some concern,” he said.

Increased groundwater use from the Florida Aquifer between 1950 and 2010 grew by more than 400%, according to the Florida Springs Institute, a nonprofit group that studies and documents impacts to the state’s water supply.

Average spring flows across the state over that time fell an estimated 32%, the group said, and restoring flows to close to prior levels would require extractions to be halved.

“It’s affecting our springs. It’s affecting our water flow,” said Daniella Levine Cava, a co-sponsor of Mr. Moss’ item alongside Barbara Jordan. “This water is being basically sold to the public, and the company taking it out virtually for free is not good for our environment. It’s really appropriate that it should be charged, if even allowed.”

But not all on the county commission dais agreed. While Javier Suoto simply voted no without explanation, Esteban Bovo Jr. elaborated on his reasoning.

Rebeca Sosa likened the tax to leasing a company publicly owned property. In the same way Miami-Dade rents out buildings or office space it owns to businesses, Nestlé and other corporations would have to pay to use public waters for private gains.

“It’s not a taxpayer increase,” she said. “On the contrary, someone who is making money is going to help preserve [water that belongs to] the taxpayers of Miami-Dade County.”