Advertisement
The Newspaper for the Future of Miami
Connect with us:
Front Page » Communities » No long-term pandemic impact on Miami residential values

Written by Catherine Lackner on May 12, 2020
Advertisement 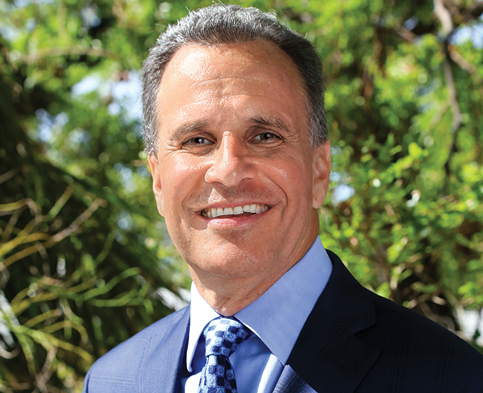 “Miami-Dade single-family home pricing has been very resilient in previous recessions – ’74, ’82, ’92 and ’01, with no price reductions and many times appreciation through the recession, said Mike Pappas, president and CEO of The Keyes Company, via email.

“Only in ’08 did we see price reductions due to the excessive borrowing and earlier splurge of buying which caused the downturn.”

“Price is driven by supply and demand,” he continued. “Watch the inventory: if it rises dramatically and we go over 12-months’ supply we may see a flattening or declining prices. Currently, the single-family home inventory under $500,000 is at less than a-four-months’ supply. Even though sales are off through this pandemic, the inventory is also down 20% from just six months ago.

“The 50-year low interest rates are giving some buoyancy to pricing, as the 3.5% rate makes properties today more affordable – allowing buyers to get more bang for the buck.”

John Warsing, director of sales at Aurora Sunny Isles Beach and a 20-plus year veteran of the real estate industry, had this to say:

“There are still buyers out there right now. We’ve seen inquiries pick up lately and received a few offers. This virus has obviously fundamentally changed the landscape for Americans, but it has not fundamentally changed the wealth of a lot of the high-end home and condominium buyers. That said, buyers are looking for deals, and some developers are willing to make deals. The question is: how far will they go to get the sale done?

“For borrowers, interest rates are low, but a lot of banks are not refinancing. It’s about the relationship with mortgage brokers now for anyone trying to take advantage of the historic interest rate environment,” Mr. Warsing said.

“Going forward, the Miami-Dade residential market will be eager to see if the New Yorkers who have been stuck in the epicenter of the crisis end up coming here when they are able to leave,” he said.

“The rental market remains solid, so that begs the question of whether we can attract investor buyers for leased homes and condos,” Mr. Warsing said. “But I don’t see this as 2008 all over again. When I drive to work on the Lehman Causeway and see the ocean, Intracoastal Waterway and beautiful high-rises, it’s a reminder that the appeal of Miami is not going to change with the ups and downs of the economy. We are selling a dream.”

“There have been reports and projections that over the next few years throughout the country, many people who live in dense cities will relocate to more spread-out suburban areas as a response to the pandemic,” said Henry Torres, founder, president and CEO of The Astor Companies, via email.

“We expect to see that play out locally in Miami-Dade County, where residents of urban core neighborhoods, especially those currently living in high-rise buildings, will seek less dense, suburban locations and boutique buildings. Coral Gables, which has experienced incredible growth over the last few years, stands to particularly benefit from this shift.”

“The ongoing challenge for anyone marketing residential product is staying engaged with prospective buyers virtually” Mr. Torres continued. “At Merrick Manor, we are still seeing plenty of activity, but that activity has shifted from in-person visits to the building’s sales gallery and tours of model residences and the common areas to virtual tours using 3D technology, Zoom meetings with sales team members, calls and emails.

“It’s obviously not business as usual, but our team is operating with that mentality because there are still pending deals to close and potential buyers to pursue locally and from out-of-town markets like the Northeast. Residents of Northeast states are dreaming of being in Miami these days,” Mr. Torres said.

“Borrowers are certainly responding to the historically low interest rates and looking to lock in low rates for new purchases or re-financings. But it’s not automatic.

“For banks, the risk level is much higher,” Mr. Torres said. “They are only giving low rates if the borrower’s credit score is very high and the relationship with the individual banker is strong. The banking system will get more active when they see a light at the end of the tunnel.”