Advertisement
The Newspaper for the Future of Miami
Connect with us:
Front Page » Communities » Leonard Abess wins Lifetime Achievement Award 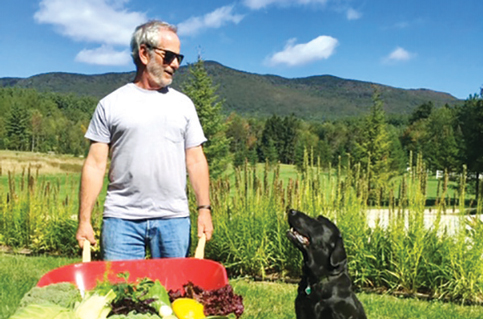 Philanthropist Leonard L. Abess, chairman & CEO of thinkLAB Ventures, has been a devoted steward of the environment for decades, quietly funding research and educational facilities as well as fostering interdisciplinary approaches to environmental management and decision-making on a global level. He’s also served on the boards of some of Miami’s most influential institutions.

In appreciation of his lifelong services to the community, Mr. Abess is the recipient of Miami Today’s Gold Medal Lifetime Achiever Award for 2020.

Mr. Abess is best known for a single act of generosity that captured the attention of the nation at the beginning of the recession. After purchasing City National Bank, a former family asset that had been run into the ground by an outside buyer, Mr. Abess rebuilt it and sold it for $1.2 billion – $60 million of which he distributed among 400 employees.

The gesture earned him acclaim from everyone from President Obama to Oprah, who invited him to appear on her show (he declined). In fact, he admits that as a private person prone to shyness he found the unsought publicity trying.

“Everyone had the same question: why did you do it?” he says. “My question is, why doesn’t every CEO do it?”

As a person more comfortable in the woods than in the boardroom, Mr. Abess says he’s long been passionate about environmental issues.

“I’ve always felt an affinity to nature and the outdoors,” he says, “and in my adult life I have participated however I was able, trying to be a part of the solution and not part of the problem.

“The way I first approached this was to put my body between what was bad and what was about to happen – not a good idea, as it turned out, because at that point decisions about land use and design have already been made.”

A better way to protect the environment, he says, is to take an interdisciplinary approach.

“I went to Country Day, as did all my children,” Mr. Abess says, “so when we heard they were thinking about an environmental center we wanted to be a part of that. We believe it is going to take many generations to make things better, so we need to give kids just starting out in life a love of nature, animals, plants. If you educate them early there’s a better chance that they will care about the environment throughout their lives.

“The center has been there a very long time now and is extremely popular. We’re very happy with it, and we continue to support it.”

On another level, the Leonard and Jayne Abess Center for Ecosystem Science and Policy (CESP) at the University of Miami, which explores the interface of science and environmental policy, helps prepare students for careers that will make a difference in the field.

“We’re seeing more and more young people who are sensitive to the environment and prepared to devote their professional careers within that arena,” Mr. Abess says. “We worked with Donna Shalala to offer multidisciplinary degrees. For example, you might get a Ph.D. in environmental science plus a degree in law or education – because change has to come from within, through planning and legislation.

“We were very excited to get the opportunity to do this, because kids want to go this route, but we also have to help them make a living. They will need to be well-educated about the environment and the system – to become experts in their fields and also be able to navigate the real world.”

Mr. Abess has supported research projects around the world, and says he enjoys going into the field with the researchers. One example is a Floating Research Station in the Brazilian Amazon. “They are getting amazing results with limited resources and funding,” he says.

On their own land, the Abesses are conservationists. A hardwood hammock in the Florida Keys flattened in the 1935 hurricane has been restored to excellent condition. On vast tracts in New England and northern Florida, Mr. Abess says he cultivates a wide range of trees.

Mr. Abess is past chairman of the Board of Trustees of the University of Miami, past chairman of its Executive Board, and chair, with his wife, Jayne, of the Momentum2 Campaign. He is a former chairman of the board of Mount Sinai Medical Center, where he and his wife established The Abess Neonatal Intensive Care Unit, and a former director of the Federal Reserve Miami Branch.