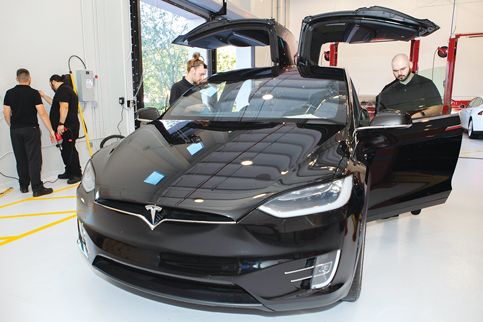 Miami Dade College in 2019 was awarded the Aspen Prize for College Excellence, which recognizes high achievement and performance among state colleges, as well as the Lumina Foundation Education Innovation Judges’ Choice Prize, acknowledging efforts to help adult learners earn credentials that lead to further education and employment in a rapidly changing economy.

In appreciation of the positive impact of these awards on the community, MDC has been named a winner in the 2020 Gold Medal Awards for institutions. Rankings for winners within the category will be announced at an awards ceremony to be held when the pandemic has passed.

The Aspen Prize looks for colleges exhibiting exceptional achievements in four key areas: student learning; certificate and degree completion, both in community college and after transferring to a four-year institution; employment and earnings rates after graduation; and access for and success among minority and low-income students. MDC was selected over more than 1,000 colleges nationwide.

That success, says Provost Lenore Rodicio, came about through Guided Pathways, a program within the Student Achievement Initiative made possible by a 2010 Completion by Design Grant from the Bill and Melinda Gates Foundation.

The program not only addresses academic needs but also provides crucial support in areas such as housing, transportation and food security that might otherwise become roadblocks to graduation. MDC’s retention and completion rates are well above the national average, Dr. Rodicio says. The college scores No. 1 in the state and among the top four institutions nationally in improving the economic mobility of students.

“More than 65% of our students are from low-income families,” Dr. Rodicio says, “so anything that can help them succeed changes not only their own lives but also the lives of their families.”

The Lumina Foundation’s goal is to lift the proportion of working-age Americans with high-quality degrees, certificates and other credentials to 60% by 2025. MDC’s Accelerated Credentials Training and Skills initiative, which aims to provide job stability and financial security to adult learners as well as a talent pipeline for industry, met Lumina’s specifications.

MDC formed a partnership with Tesla Corp. to offer Tesla START, an earn-and learn program model in which students are paid an hourly wage, learn how to service electric cars through hands-on training, earn certification as a Tesla Service Technician and obtain a mini-internship, guaranteed job interview and offer of employment from Tesla, all within 16 weeks.

Students who complete the self-paced course, Dr. Rodicio says, also earn college credits “that could eventually be an avenue to come back and get a higher degree.”

MDC, she says, recently received a grant of more than $2 million from the US Department of Labor to develop similar apprentice programs in non-traditional fields.

“We are focusing on middle-skill, middle-wage level jobs in health care and technology,” Dr. Rodicio says. “We want to take off the table the question of, ‘should I go to school or go to work?’ We’re trying to get these student graduated quickly so they can get out into the field.

“All of these programs,” she adds, “were made possible by enormous collaboration among different parts of the college.”