Advertisement
The Newspaper for the Future of Miami
Connect with us:
Front Page » Top Stories » Plans for Metrorail line headed north may be going south

Plans for Metrorail line headed north may be going south 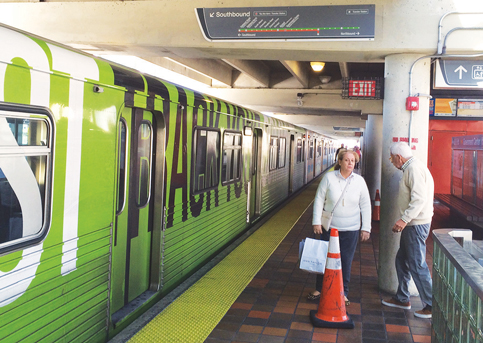 At least one prominent Miami-Dade official is having second thoughts about pursuing a northern Metrorail extension, citing figures from a new report that favor two cheaper, easier alternatives.

Elevated Metrorail, endorsed by the Florida Department of Transportation (FDOT), is estimated to cost $1.9 billion, making it by far the most expensive mode examined for the corridor.

“It seems everything FDOT is recommending we are finding issues with,” she said. “People mover, as well as the monorail, has jumped into the picture [with] advantages.”

She said she would support the wishes of Commissioner Barbara Jordan, whose district encompasses the corridor, but “something to me just doesn’t sound right in that.”

Annual operations and maintenance for Metrorail, costing $40 million to $60 million, are potentially double that of monorail or people mover, which each would cost $25 million to $35 million yearly in upkeep.

Many have spoken to the merits of a one-seat ride between Kendall and the northernmost point of the county, but a mode separate from Metrorail would be more flexible, carrying comparable passenger totals by running more frequently, staff wrote.

Metrorail, at nine-minute peak intervals, could carry 3,000 passengers hourly at full capacity along the corridor, with 19-minute trips from end to end.

People mover in the same time could carry 1,600 passengers hourly at 7½-minute intervals and 2,500 passengers per hour with even shorter intervals.

The report noted potential savings for all three elevated modes. Moving the line slightly eastward alone, staff wrote, could save up to $10 million in construction. And by reducing initial fleet size and ordering more over time to meet demands, the county could save $20 million to $30 million.

Altogether, the changes could cut Metrorail cost to $1.75 billion, monorail to $1.4 billion and people mover to under $1.2 billion.

Transportation staff are at work on a bid request for the corridor.

“After we come to that point,” Miami Gardens Mayor Oliver Gilbert III said, “if we find something [better] than heavy rail, we would come back [and] change the locally preferred alternative.”