Advertisement
The Newspaper for the Future of Miami
Connect with us:
Front Page » Healthcare » $150 million Jackson Health System credit lifeline due from Wells Fargo 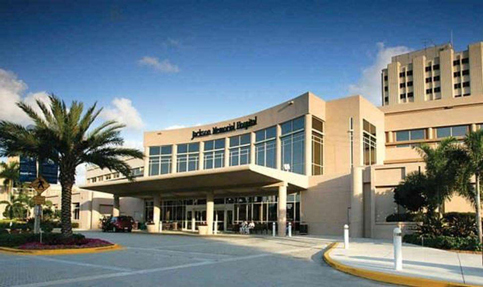 Jackson Health System is seeking up to $150 million “operating capital” from Wells Fargo in its Covid-19 fight.

Miami-Dade lawmakers Tuesday voted 12-1 for emergency action that, if OK’d by a final vote May 5, would authorize the “non-revolving line of credit” from the bank. Javier Souto voted “no for now” but didn’t explain why.

The credit – drawable in $5 million increments as needed over three years, a Wells Fargo commitment letter shows – is “absolutely necessary” to ensure that Jackson has “adequate resources to help in keeping our community safe and reducing the risk of Covid-19,” a memo from Deputy Mayor Ed Marquez said.

Jackson would still need county approval “for each draw made,” he wrote.

Jackson CFO Mark Knight would monitor use of the funds.

“Because the county is agreeing to replenish the debt service reserve in certain circumstances, it is necessary that the county and [Jackson] enter into a [memorandum of understanding] … providing for [Jackson’s] repayment obligation to the county,” Mr. Marquez wrote.

The ordinance would authorize Mayor Carlos Giménez’s team to “execute further extensions of the term of the credit facility if he determines, in consultation with [county financial advisors], that the terms of the extension are favorable to the county.”

The form from Wells Fargo, dated Sept. 7, 2018, lists a $200 million credit line, with funds subject to a “floating interest rate that resets monthly at 80% of the [London Inter-Bank Offer Rate (LIBOR)] plus an applicable spread” of 0.91% “based on the term of rate period [of] seven years…”

Any funds not drawn in the first three years would be amortized at a 0.35% interest over the next four.

The $150 million credit and interest “are payable on a subordinate basis from pledged revenues of [Jackson],” Mr. Marquez wrote. “If such revenues are insufficient, amounts will be drawn from a debt service reserve.”